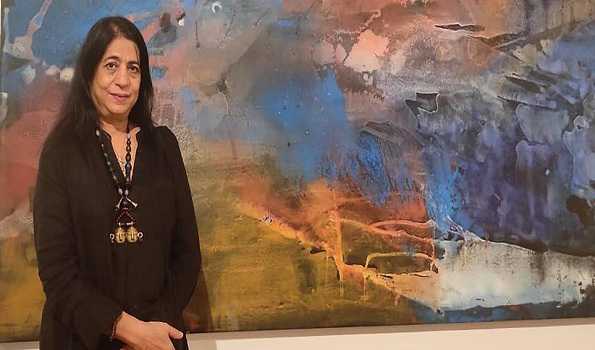 New Delhi, Jun 16 (UNI) Famous Bangladeshi painter Rukaiya Sultana has encouraged young people to make a career out of painting, saying they don’t need to imitate anyone and paint as they understand the world .

She said, “Today’s generation is very smart and talented. He doesn’t need to copy someone else’s painting. Young people today paint from their life experience. His way of seeing things, his way of understanding the world, the same way he should paint. By doing this, they will surely succeed.

Rukaiya said, “I’ve done over a thousand paintings so far. I used to spend time painting because of my fear. I used to paint after I got home from work. After reaching a stage of age, I felt a certain emptiness, so I paint to find my identity.

Another reason I write is to get rid of my fears. There is a certain fear in me, there is a feeling of insecurity in me. I do not know what it is. I paint to be able to get away from it.

Sultana said that all promising and aspiring painters should believe in themselves and make continuous efforts in this area. In the modern age, they have the support of technology from which they can help themselves, but there is no shortcut to success. They must continue to learn constantly.

Sultana said that in her book “Ruqaiya Sultana” she preserved her 40 years of work in such a way that it will leave a mark in the minds of future generations for centuries. He started painting in 1978.

The painter Sultana, who closely touched various aspects of the field of art, brought international fame to the painting “Madonna and Child”.

This brought him to the top of the Himalayas, from where he is now ready to cover the whole world with his art. She received the Grand Prize at the Bharat Bhavan International Print Biennale in 1992 for ‘Madonna in a Bus’. His work in the 90s was mainly done in aquatint, lithography, drypoint and soft varnish. Her previous series of paintings and prints entitled “Madonna and Child” reflects her motherly spirit.

Referring to relations between India and Bangladesh, she told UNI that there was not much difference between the art and culture of the two countries. When it comes to food and drink, there is almost a similarity between the two. She said she looks at all religions from one point of view, because each one has its own importance in its place, so it is our duty to respect each one.

Sultana is becoming popular among future generations associated with arts and other fields through his exhibition in Delhi Lalit Kala Akademi in this year 2022. His exhibition was held here from June 7 to 26, for which he arrives here from different fields of the country.

Minister of State for External Affairs Meenakshi Lekhi released her book ‘Rukaiya Sultana’ on the occasion of the opening of Smt Sultana’s painting exhibition here.