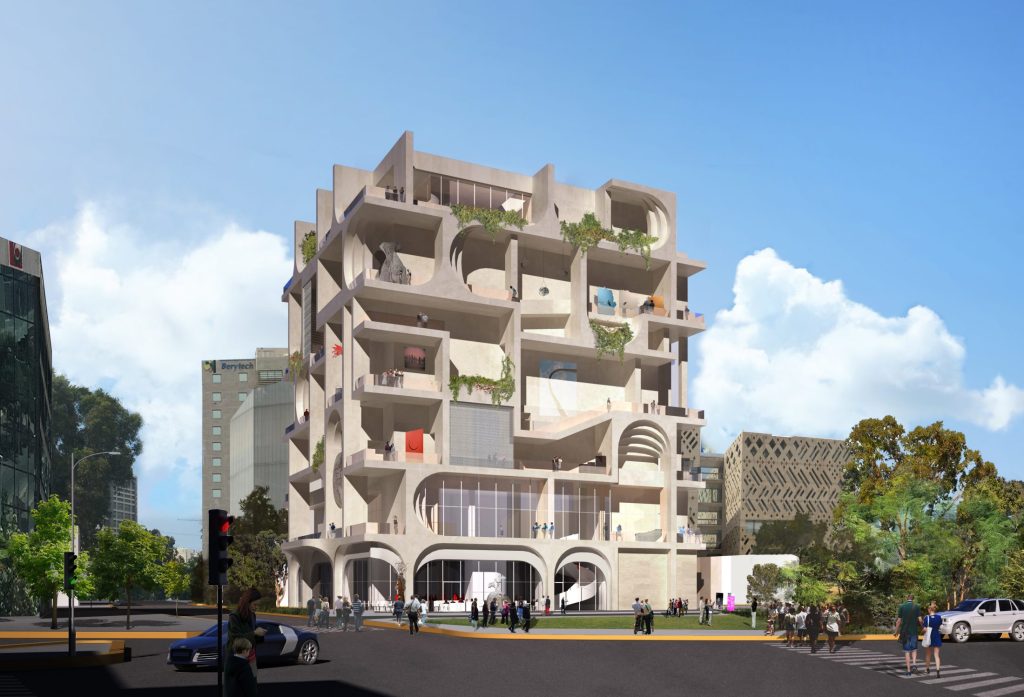 After seven years of shutdowns and restarts, the Beirut Art Museum this weekend ushered in a new era for modern and contemporary art in the Lebanese capital. The museum will be located a short walk from the National Museum of Beirut, a beloved repository of Levantine antiquities, and along the strip of the city that served as battle lines during the country’s 15-year civil war. Will be exhibited works collected by the Lebanese Ministry of Culture, as well as regional and international art. Construction is expected to be completed by 2026.

The collection consists of some 2,000 works of art collected since Lebanon’s formation as an independent nation, with a focus on paintings, sculptures and works on paper dating from between 1950 and 1975. Among the collection are many figures at the forefront of Lebanese modernism like Khalil Zghaib, Yvette Achkar and Shafic Abboud, who helped define a regional flavor of abstract expressionism. The majority of the artworks have been inaccessible to the public, with those on display spread across five sites, including the presidential palace and various offices of the Ministry of Culture.

An indefinite loan agreement has been signed by the government and BeMA, marking the opening of the museum as the first time the collection will be assembled in one place for public viewing.

The project is supported by the Beirut Art Museum Association, launched in 2015 by the Association for the Promotion and Exhibition of the Arts in Lebanon. The group plans to finance the project privately, and although no exact figure for the total construction cost has been made public, board member Richard Haykel told the Franco-Lebanese newspaper The East today that at least $50 million should be raised.

Public funding for arts and culture is uneven in Lebanon, despite the country’s long history and its many archaeological treasures. Lebanon’s current economic crisis and political instability further hamper efforts to create opportunities for the development of new artistic works. The construction project for BeMA, as the museum is known, was put on hold after the Lebanese October Revolution and the subsequent devastating port explosion.

Perhaps by chance, the creation of the city’s first museum of modern and contemporary art has become a project of principle for BeMA, which bases its mission on “a strong conviction [in] the transformative power of the arts and the right of all to access culture.

Architect Amale Andraos, co-founder of WORK Architecture Company (WORKac) and dean of Columbia University’s Graduate School of Architecture Planning and Preservation, was tapped to design the museum. The 12,000 square meter museum will include 2,700 square meters of exhibition space and a vertical promenade that wraps around the building’s facade. The mix of indoor and outdoor spaces is meant to recall Mediterranean balconies and positions the museum “like a community, not a temple,” BeMA co-founder Rita Nammour told the newspaper.

“The porous façade of WORKac’s design dissolves the traditionally closed gallery model of the white cube and invites the public to engage directly with the work, creating new and varied possibilities for encounters and dialogue with art as well as only between its visitors,” she added.

In keeping with the museum’s community orientation, the design includes affordable shared workspaces and studios that can be used by local artists. The project is a collaboration with the Saint Joseph University of Beirut, which donated the land where the museum will be built. Among the educational opportunities offered by the museum are art courses that will be accredited by the university.

Beirut’s contemporary art scene is driven by venues run by artists working to bring the city to life. Assuming BeMA opens on schedule, it will join institutions like Ashkal Alwan, a nonprofit whose collaborative programming recently included a visual arts festival held at venues across Beirut and Frankfurt, and the Beirut Art Center, which since its opening in 2009 has played an important role in promoting the work of contemporary Lebanese and regional artists through exhibitions and artist residency programs. (He is currently showing a solo exhibition by Nadim Choufi, the winner of Jeddah-based Art Jameel’s first digital commission.)

Haven for Artists, a Lebanese non-profit organization co-founded by Dayna Ash and dedicated to feminist and LGBQT art and activism, has been active in Beirut since 2011. The organization inaugurated its first permanent cultural center at the beginning of month with a twilight performance by artist Yara Asmar.

“The past two years have been more than a roller coaster and a turbulent landscape to endure. They have left our hearts heavy, troubled and lonely,” Haven for Artists wrote on Instagram ahead of the opening.[All] we can do is slow down and try to heal, collect our thoughts and move on, together.

In Bolivia, miners sacrifice llamas to appease the “Lord of the Underworld” – Art & Culture