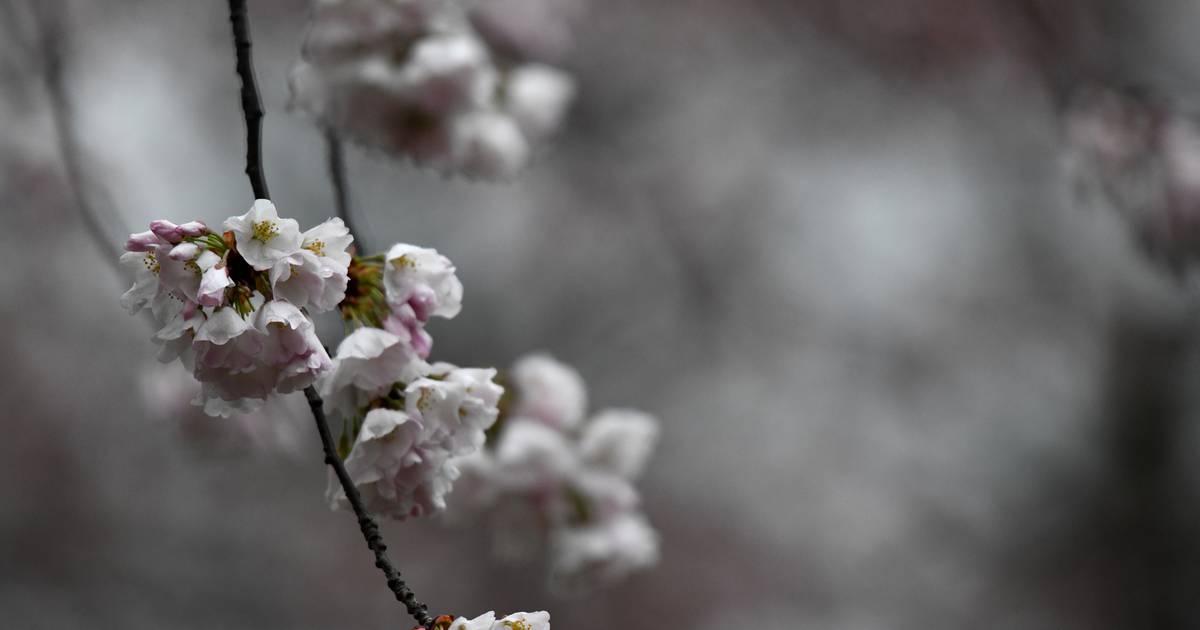 In Washington, DC, the cherry blossom trees that line the Tidal Basin peaked in bloom this week – about 10 days earlier than the 30-year average.

But here in Baltimore, some flowers are about to unfurl.

“It doesn’t take a lot of temperature swings for this change to delay flowering time,” she said.

February was quite warm in the Baltimore area, with an average temperature of 40 degrees. In the past 20 years, only four other February months have been warmer, according to National Weather Service data from BWI Thurgood Marshall Airport. One day in early March, the temperature hit a record high of 77 degrees, but a cold front soon followed.

The two Yoshino cherry blossom groves in Fort McHenry are expected to peak in bloom over the weekend, said Jimmy Hogan, horticulturist for the National Park Service. By then, about 70% of flowers will be open, he said.

But Sunday evening, with temperatures set to drop to 25 degrees in Baltimore, the flowers could be damaged, Hogan said. Windy conditions could also harm vulnerable flowers. Monday will likely be windy, according to the NWS, with an overnight low of around 27 degrees.

“I would definitely encourage people to come out this weekend,” Hogan said. It’s simply impossible to say what will happen next to the ephemeral flowers, he said.

Cherry blossoms lining Druid Lake also look likely to peak bloom by the end of the weekend, said Charlie Murphy, Baltimore’s acting chief arborist. Lakeside construction, which will add large underground water storage tanks, may disrupt the view, but there are plenty of other places in the city with cherry blossoms, Murphy said.

A few years ago, the municipal authorities created a map of baltimore flowering trees, including cherry blossoms, Murphy said. By searching the map, city dwellers can find the cherry blossoms scattered throughout the city, such as near the Patterson Park Observatory, along Argonne Drive near Morgan State University, and at Wyman Park Dell.

Get updates on the coronavirus pandemic and other news as they happen with our free email alerts.

Fort McHenry’s two groves were originally planted by hundreds of Baltimore schoolchildren in 1931, to commemorate the bicentennial of President George Washington’s birth. Because the schools in the city were segregated at that time, black students planted the grove on the east side of the park, near the visitor’s center, and white students planted the grove on the west side, near Whetstone Point.

“The strange irony is that they were trying to recognize the importance of a unifying American figure,” park ranger Shannon McLucas said.

Visitors can view the trees – many of which were last replanted in 2006 – while walking along the Dyke Traila mile-long paved loop around the park, Hogan said, and there are plenty of places to picnic.

On Saturday, April 2 at 1 p.m., the park will host a free guided painting session next to the trees of the Western Grove. Canvases, brushes and acrylics will be provided, but in limited numbers. Participants are encouraged to register in advance.

the Event “Art in the parks” is new to the fort, although guided photography sessions have taken place in the past, McLucas said.

With the opening of the cherry blossoms comes other spring curiosities, McLucas said. Picnickers flock to the park’s vast green lawns, and workers unfurl the park’s largest American flag (9.1m by 12.2m), which is tied to the ground during the winter.

“There’s so much energy coming out,” McLucas said.