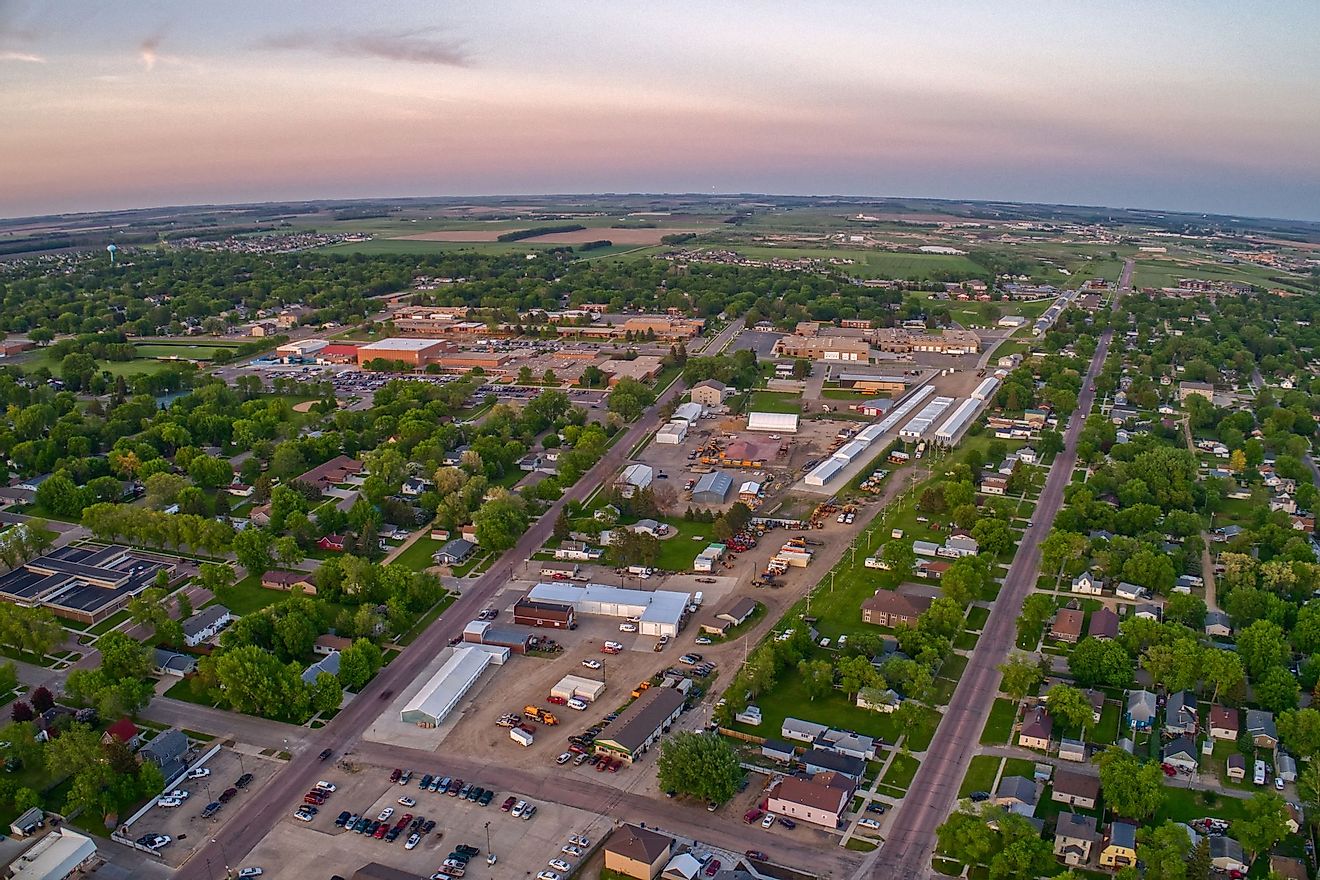 In a quaint town nestled between Pelican and Kampeska lakes on the Big Sioux River, it’s easy to see how one of Watertown’s most famous residents and oil painter found inspiration in this small town in the US state of South Dakota. Longtime Watertown resident Terry Redlin owned a cabin on Kampeska Lake, which served as a vision for some of his later artwork. He was best known for his wildlife paintings which included breathtaking grassland landscapes and realistic animal illustrations. The Terry Redlin Art Center named after him is a gift to the community with his name etched forever in Watertown’s modern art history that will educate generations to come.

Watertown is part of the state of South Dakota. It is located approximately 155 km north of Sioux Falls on the Big Sioux River, wedged between Pelican Lake to the southwest and Kampeska Lake to the northwest. Additionally, it resides in a part of South Dakota known as the Great Plains and the Coteau des Prairies Plateau, formed thousands of years ago by retreating glaciers. Watertown sits at an elevation of 528 meters and covers an area of ​​67.59 km2, of which 20.66 km2 is covered by water and 46.93 km2 is occupied by land.

With dry and wet summers, Watertown experiences a hot summer humid continental climate. Thus, there are four seasons in a year which see cold, snowy and windy winters and transient, cloudy spring and autumn. On 365 days a year, Watertown collects some type of precipitation, including rain, sleet, hail, or snow, on 96.3 of those days. Watertown receives an average of 22.71 inches of precipitation annually and snowfall of 41.1 inches. July is the hottest month of the year with a median temperature of 28.16 degrees Celsius, and January is the coldest with a median temperature of -16.5 degrees Celsius.

Watertown was settled in 1878 as part of the Winona and St. Peters Railroad Extension, which today bears the name Union Pacific Railroad Company. Watertown takes its name from Watertown, New York, where its founding brothers, John E. Kemp and Oscar P. Kemp, originated. The first settlement of Kampeska was planned by the brothers and was established, but later was decimated when locusts destroyed Kampeska’s crops in 1874. The brothers moved east and established Watertown in October 1878 With the westward expansion of the railroad from Minnesota to South Dakota, Watertown became a transportation hub in the 1880s and was incorporated in 1885.

The population and economy of Watertown

The city of Watertown is located in Codington County and has a population of 22,655, making it the fifth largest city in South Dakota, ahead of Brookings and Aberdeen. The median household income is $65,379, with gross monthly rent of $760. Unfortunately, 14.6% of Watertown residents live below the poverty line. On the cost of living index, Watertown is at 81.9, unlike the state of South Dakota, which is at 88.3. The average age of a Watertown resident is 37.8, with women making up 50.5% and men 49.5%. Alas, spanning over 67.59 km2, Watertown has a population density of 475.3 people per km2.

The unemployment rate is 3.5%, while the unemployment rate in the United States is 6.0%. Watertown’s most important economic driver is its manufacturing sector, which accounts for 21.6% overall. Hoilen Inc. is Watertown’s top job contributor with 2,300 employees and generates $162.7 million in revenue. They are best known for their electrical manufacturing components such as semiconductors, specialty transformers, printed circuit boards, and electrical signs. Other notable industries include retail trade (13.1%), health care and social assistance (9.1%), and accommodation and food services (8.6%).

The Terry Redlin Art Center began as an idea 25 years before it opened in 1997. Charles Redlin, the son of artist Terry Redlin, urged his father to keep his original oil paintings instead of selling them . But Charles did not want the art for himself. Instead, he wanted to display them for all to see. This is how the Terry Redlin Art Center was born. Today, the art center includes over 150 original pieces of oil paintings by Terry Redlin, including all artwork after 1985. The center also includes an amphitheater, a sketch room, a of early art that depicts his earlier style, the comfort of house cabins designed after his painting of the same name, and a conservation park that serves as living art. The Art Center offers free entry to all to view Terry Redlin’s paintings.

Bramble Zoo opened in 1912, covers an area of ​​15 acres and has 500 animals representing 150 different species. Some notable exhibits are the Bird of Prey exhibit which features a raptor show and Jaguar Junction which is home to black jaguars in a natural exhibit. Other animals include red kangaroos, gray wolves, and swift foxes, to name a few. In 2010, the Terry Redlin Environmental Center opened through the thoughtful gift of Charles Redlin and includes an aquarium.

Watertown is more than an oil painting, it is home to thousands of residents who are proud to call the meadows and lakes that surround them their home. It’s a quiet prairie town that many had imagined for a peaceful home, but brought to life through the artistic capture of Terry Redlin. Come for a walk in the many downtown parks or spend a day at the historic Bramble Zoo. There is a lot to see and experience in this beautiful little town.

Regulate “Buy Now Pay Later” as is the case for consumer loans: mortgage