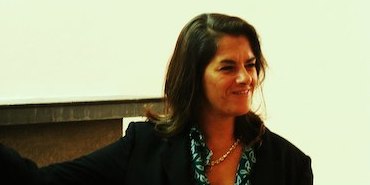 Turner Prize-winning artist Tracey Emin is setting up an art school and museum in the port town of Margate, on the south-east coast of England, where she grew up. The school, which will be baptized TKE Studios (the name incorporates its own initials), will occupy a former public bath and mortuary, the London Times reports. The two structures are located near her studio, in a sprawling old printing house that she bought with a friend five years ago.

The school will include thirty newly built studios, which students can rent for a relatively nominal fee. Students will have to show their work regularly and, as the Daily mail, will not be allowed to smoke or listen to loud music. The mortuary is to serve as a sort of “mini museum”, housing the works of Emin, who announced in September that his studio would eventually become the repository of a treasure of around thirty thousand photographs and twenty-five hundred works on paper, open to all. the public. Emin also announced plans to start a residency program elsewhere in Margate, which has struggled economically in recent decades, although a hint of a possible reversal of fortunes emerged in 2011 with Turner’s establishment. Contemporary there.

Emin, who rose to fame in the 1990s as one of the YBAs, or Young British Artists, is perhaps best known for her Turner Prize. My bed, 1998, a work of art featuring its own undone kip, littered with soiled underwear, empty liquor bottles and condom wrappers. Following a cancer diagnosis and the life-saving surgery that left her with a urostomy bag, well documented in his art, Emin began working to preserve his legacy and energize his hometown. Some of the benefits the neighborhood enjoys through the Tracey Emin Foundation include a sculpture park, lectures, and life-drawing classes, all of which are accessible to the general public.