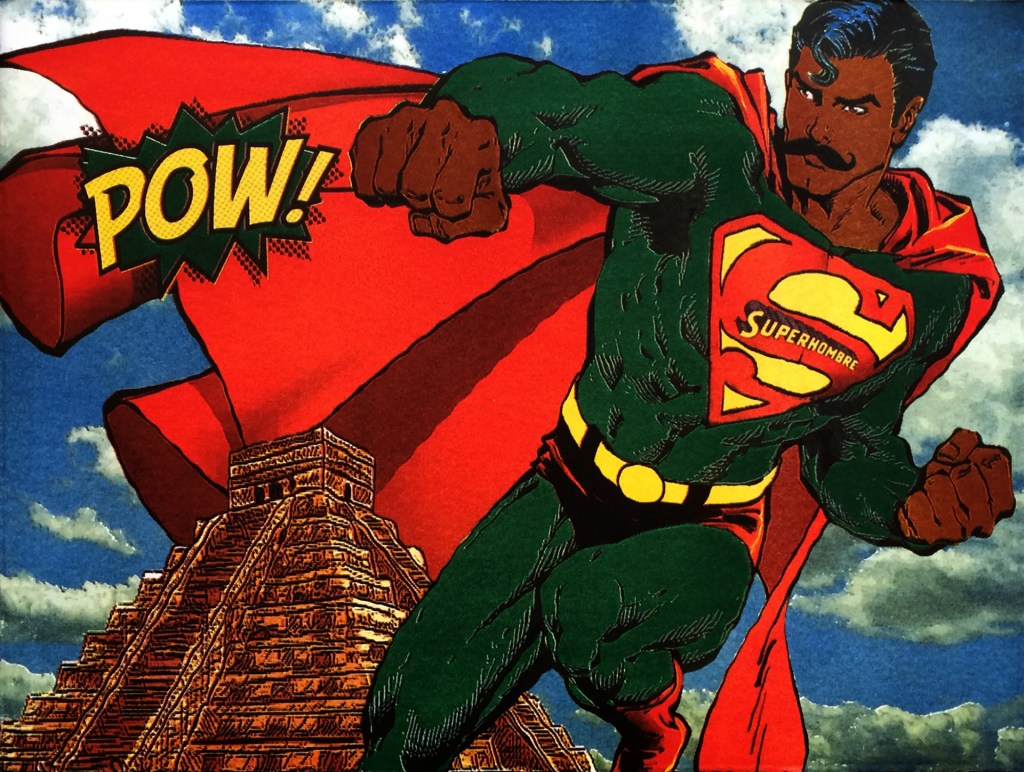 For decades, artist Tony Ortega has sparked conversations about the Mexican-American experience with this vibrant work that addresses themes of immigration, assimilation, cultural hybridity and more.

On July 24, 15 of the Denver-based designer’s pieces will be on display at the Loveland Museum’s Green Room Gallery for his solo show â€œMagia Chicanaâ€.

â€œIt signifies the magic of Chicano art,â€ Ortega said. â€œI believe art is similar to magic. They both include the element of illusion and surprise.

Although entrance to the gallery is free, all of the works on display are available for purchase.

â€œThere are a variety of mediums in the exhibit, hand-colored prints, lithographs, silkscreens, paintings and papier-mÃ¢chÃ© sculptures,â€ Ortega said.

Rich in color, some works give viewers a glimpse into the traditions of the Hispanic community, while others offer a very clever overlay.

Detailed, with nods to pop-art, this piece mixes a slightly playful essence with feminism and a touch of comic strip.

In â€œCampbell’s Menudo Orange,â€ he mixes the concept of screen prints of Warhol’s Campbell’s soup with a traditional Mexican dish. By infusing iconic American artwork and recognizable logos into his work – like a Mickey Mouse figure with a sugar skull face – he artfully ignites the dialogue about visibility.

â€œAs a Chicano artist, my identity, my cultural traditions and my geographic origin inform my art,â€ Ortega said. â€œI live between the clash of two cultures – a Mexican and an American. By fusing iconic Mexican and American iconography into my art, I show that my journey is not unique.

While some of his work in the diverse collection will bring a smile, others encourage thoughtful reflection on equality and politics.

“El Grito de Guadalupe” is a daring piece inspired by “The Scream” by Edvard Munch. A horrified Lady of Guadalupe looks at a papier-mÃ¢chÃ© baby sculpture that rests in a cage filled with hay. The Confined Christ Child and the painting respond to the theme of children separated from their parents at the border.

â€œBy creating art, I can address the differences in my world, forming a new and more precise perspective of my personal and cultural identity,â€ said Ortega.

â€œOften times, I combine contemporary issues with historical references in art,â€ Ortega said. â€œIn my print ‘Mexican Gothic’ I place two well-known Mexican artists and activists, Diego Rivera and Frida Kahlo, in a painting by Grant Wood. With this image, I hope to show Mexican Americans / MÃ©tis that our presence in the United States has a long history, even longer than the existence of the United States as a nation.

Ortega remains inspired, timing hours in his workshop and working on new work.

â€œI created new monotypes with similar icons and symbols, but the color is less saturated and more transparent,â€ said Ortega. “A horizon line is not established in the composition.”

He received his Masters of Fine Arts in Drawing and Painting from the University of Colorado and is currently a professor at Regis University in Denver.

â€œI can’t wait to teach face-to-face at Regis and get more out of the studio,â€ Ortega said.

While the exhibition will open on July 24 and run through November 13, a reception will be held on August 13, from 6 p.m. to 8 p.m., during Night in the City. Ortega plans to attend.

In addition to this varied collection, the Loveland Museum has many other offers to discover.

â€œ’Gadgets Galore’ is a historic exhibit in our Dunning Gallery that showcases gadgets throughout history and there is a gallery scavenger hunt for the kids,â€ said Mikayla Adair, Loveland Museum Marketing Coordinator. â€œWe also have our ‘Speaking to Water’ exhibit which features the work of Sharon Carlisle and the World Wide Water Project, showing how water has a memory and a celebration of it. We have asked the community to make their own paper dips and will also be posting those starting August 3rd. “

Also on display are three encaustic art exhibitions that feature the support of hot, pigmented wax.