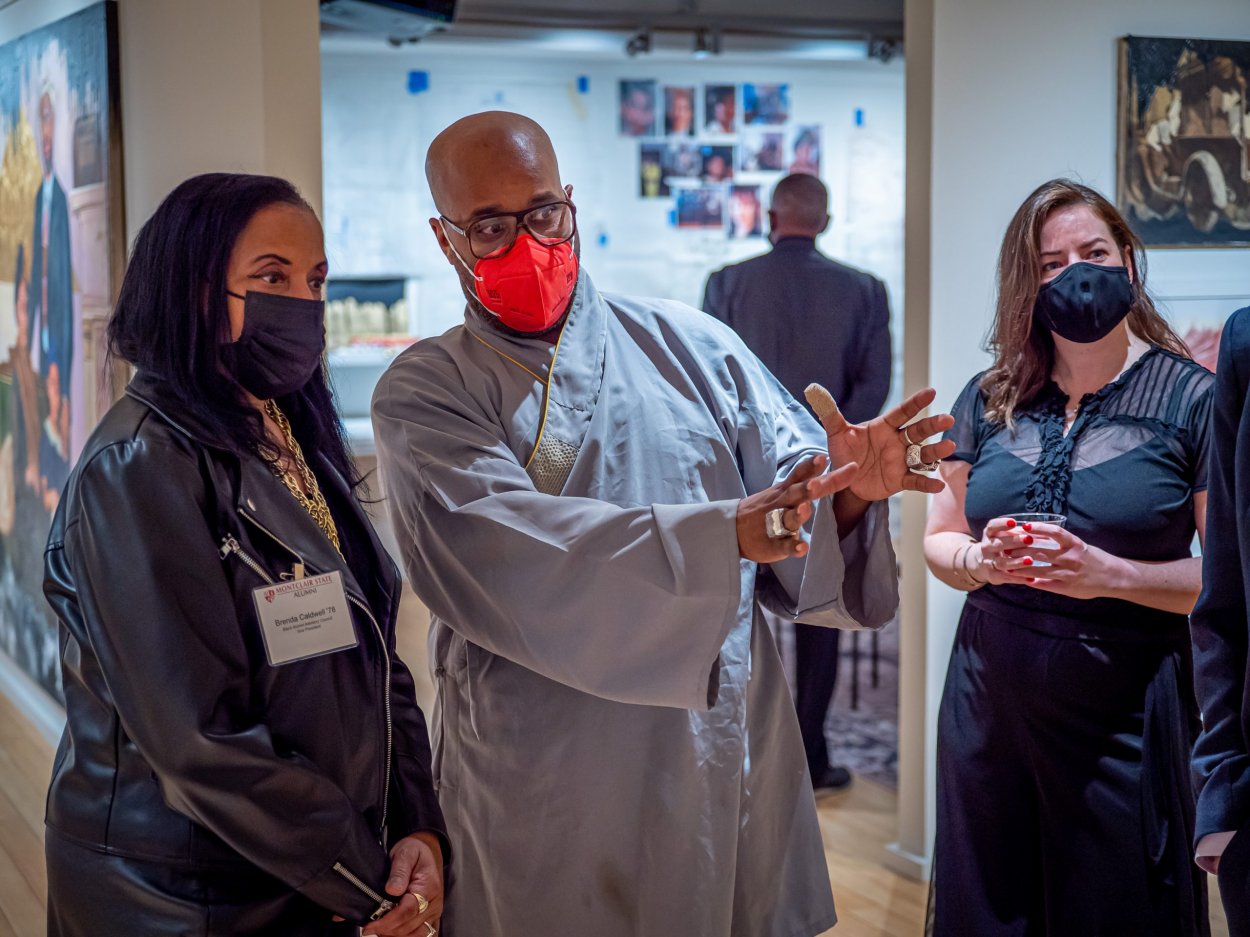 The art of ‘Black Wall Street’ argues for reparations – Newsroom

A new art exhibit at Montclair State University, Black Wall Street: A Case for Redresssparks difficult conversations on social justice issues and contributes to the growing work around the Tulsa Race Massacre a century ago, a footnote in US history despite being the one of the country’s worst examples of racial violence.

During a panel discussion on February 22, artist, painter and filmmaker Ajamu Kojo, described the motivation behind the series of large-scale paintings installed in the George Segal Gallery, with scholars providing the context for the historical events of 1921. , its representation in the arts and to demand long overdue reparations for the descendants of the victims.

“Historically, this event has been suppressed and not found in American history textbooks for over 60 years,” said Associate Dean of the College of Humanities and Social Sciences, Leslie Wilson. “In this context, Ajamu Kojo’s beautiful and dignified work of art captures the wealth, dignity and community of the people of Tulsa’s Greenwood District.”

The series was inspired by the life and testimony of Olivia Hooker, a survivor from Greenwood, whom Kojo was able to interview before dying in 2018 at the age of 103. “She gave me her blessing to use her likeness for the centerpiece of this exhibit,” Kojo said.

Each portrait is framed by a black tar-like blob on the outer edges of the panel, a nod to Oklahoma’s crude oil that was a source of Greenwood’s flourishing culture and wealth despite strong laws of segregation.

Others interpreted the dripping edges as a harbinger of ominous events to come, Kojo said.

In 1921, a white mob torched Greenwood, annoyed by rumors that a black teenager had assaulted a white woman. “An entire community was destroyed, with hundreds injured, others killed and at least 4,000 arrested by the Oklahoma National Guard,” Wilson said. “No white people were arrested because African Americans were believed to be the attackers. Many dead African Americans were buried in unmarked mass graves. Reparations were paid to a white store owner whose weapons were destroyed. No compensation from the state or insurance companies was given to the African-American community.

Despite years of lobbying, it was only in recent years that Oklahoma agreed to invest in Greenwood and awarded medals to the then 188 survivors.

“For me, it wasn’t enough for people to get a brass medal,” said Kojo who turned to his canvases to honor survivors and descendants with the series of paintings that capture “black excellence” and the prosperity of the people of Greenwood. The artist enlisted professionals from his Brooklyn neighborhood – artists, lawyers, entrepreneurs – to pose and portray the characters in the pieces, designing the sets and portrait cabinets that pay homage to a reimagined past.

In response to a question about what it means to be Black in America today, Wilson said, “The role of Black people is to take their pain and turn it into signs of love, hope and aspiration. It’s a burden, but black Americans have carried that burden for 400 years. Everyone does it in their own way. What we see now is a time of positive and hopeful change and transition.

While the exhibit neither ignores nor denies the trauma suffered by black Americans, Kojo said he deliberately focused his portraits on the thriving business and family life in Greenwood.

“When you walk through this exhibit, you come out empowered,” said psychology professor Saundra Collins, “to uplift and keep reminding black people to stand up.”

The exhibition is on view until April 23. The Segal Gallery is open Tuesday through Saturday from 11 a.m. to 5 p.m. For more information, visit the University Galleries website at montclair.edu/galleries

Should you ever get a payday loan?