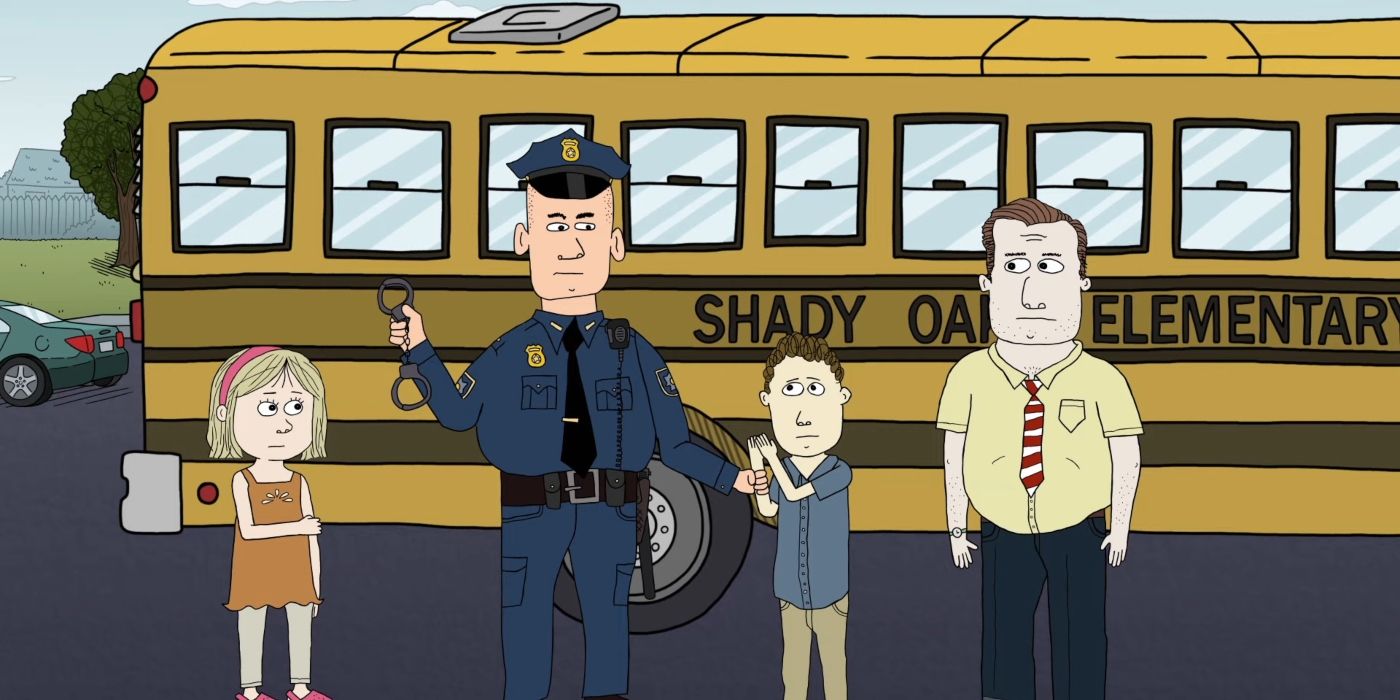 Tom, ten years old is the latest animated show from Steve Dildarian, creator of The Life and Times of Tim. HBO Max Tom, ten years old is a dry look at a world about to go from the mundane to the absurd and told through the eyes of young Tom (Dildarian). The star cast of the HBO Max series includes Byron Bowers, Gillian Jacobs, Edi Patterson, Todd Glass, Erik Griffin, Jessica McKenna, Ben Rodgers and John Malkovich. Tom, ten years old is a calm and hilarious observation of the eccentricities that make the world go round.

Ahead of the show’s September 30 premiere on HBO Max, CBR sat down for an exclusive interview with Ten year old tom Creator / Executive Producer / Writer / Star Steve Dildarian to explore his dialogue-driven style of comedy. He also discussed the importance of the animated show made for adults but told through the perspective and insight of a young child.

CBR: The series has a somewhat unique tone. Although he does use a bit of goofy humor, it’s not or comedy comes so much from commentary and its escalation into something absurd. What was it like to find that balance?

Steve Dildarian: Most of the tone comes naturally from the way I approach it. Everything is organic in the writing and in the drawing style. If that’s my tone, that’s how this stuff tends to come out. But it’s interesting that you point it out because, from a character’s point of view, they don’t do anything … They do things that are weird and wrong, but at the same time, everything is justifiable. It all makes sense. Many of these characters, like everyone else, try to go through their day and their life, not realizing the bad example they may be setting.

Because who analyzes their behavior? Who really takes the time to think about if you taught an impressionable young child how to be, would you actually encourage them to be like you? Or would you choose someone else? Much of the dryness of humor comes from just trying to find people who are simultaneously doing something wrong, but in their minds doing something right. They justify it. This is the show. It is essential.

In many animated shows, especially in the last few years, the characters often destroy balls of chaos in their worlds, doing things for overtly silly reasons. But you’re right, everyone in Tom, ten years old has a clear motivation.

Totally. The chaos, hopefully in this show, comes from a little more low-key place – a converging motivation and, “I see it that way. You see it that way.” Hopefully the outcome of this conflict is a fun conversation. My job tends to be dialogue-oriented, so a lot of other shows could perform similar jokes in a bigger, stronger, more action-packed way. The humor in this show is, overall, it tends to be more dialogue-oriented.

That’s what I’m always looking for because, in the studio, we do a lot of improvisations. We really riffle and play with that stuff. I’m always on the lookout for “What’s a fun conversation that I can’t wait to have with this actor for a minute?” That’s what the show is. It gives me fun one minute conversations with different people. Or they’re the biggest character, and I’m the smallest because it’s humor, it’s just that I’m crushed by people with stronger wills. I think the result is a different tone from these shows, hopefully.

This tone really shows up in Tom, who is really an observer of the absurd. It’s so funny to see him trying to solve the problems that he got more and more involved in, because of the opinion of others about him. Why was this element vital to the show?

Totally. I’m trying to write Tom and play him, so that’s not the typical version of that … It would be very easy to write this character as a pure, wide-eyed, very innocent kid. I try to give it a little more edge, a little more self-awareness, by calling people on things. It’s like a slightly bolder, more conscious version of a wide-eyed kid character, as it can get uninteresting, in my opinion. I like to play Tom like he does. I think the resulting tone is something that adults can relate to and see [themselves] in her eyes because that’s really what I’m trying to do here: make a show that’s an adult show in every way but just through the eyes of a child.

I found myself saying it so many times when creating the show, “Don’t fuss about the kids. Don’t put all the kids together. It has to be a child within an adult.” I always try to avoid having a group of kids play in a schoolyard or something like that. I almost try to avoid him like the plague and would much rather see him in a 7-11 with adults, or at the mall with a drug dealer.

Tom still has this beautifully childish outlook, although it freezes with this self-awareness, just noting how everything just doesn’t make sense. But he’s still so sharp at times, so aware and aware of the strangeness of what is going on around him.

It’s funny, because [the grown-ups] hardly care, because most adults half-listen. No one really engages with a child and clings to their every word. So, it almost feels like Tom is talking in the air, in the wind, and most of his lines aren’t even heard by adults because they’re so in their heads and trying to conduct the conversation.

Is there a difference in the way you write the adults versus the kids on the show?

No, I don’t look at the writing of adults or children differently. My writing tends to be very instinctive. Once I have a fun idea, it tends to flow quickly, to be honest. I do not care. I’m not trying to get into anyone’s head. Honestly, I don’t think much about my writing. I write on instinct. So most of the work is picking out the topic, picking out what’s a fun concept. This is the difficult part. That’s when I rack my brains. Once I have it, once I have that hook, which is usually a scene, usually the opening scene quite frankly, then I go to the races a lot. Then I don’t think about how I treat the characters. Or, hopefully, my instincts are leading me on the right path.

It’s interesting. It’s like, for better or for worse, and maybe it comes back to your other comment about childish nature and innocence … I honestly don’t watch any other animation. I have never. I have probably seen three episodes of The simpsons, If I’m lucky. I have never watched it. So I have very low … Almost no point of reference for comparison. I am aware of the broadcasts. I’m a self-aware enough person to know what’s going on, but I don’t get into it at all.

I do a lot of painting on the side. I have always been painting in oils. If you could sum up the tone of that, it’s very similar. It’s like people say, “Looks like a 10 year old did it, but he really tried, or it’s really good to be 10.” I could even say a five year old. But the work … The consistent thing has always been a naivety and a kind of innocence, that now for the first time, I’m literally a protagonist who is a wide-eyed little child. I’ve never done this before. It’s always been in my writing, but I’ve never done that kind of character. It is therefore an interesting territory for me.

You are the executive producer, screenwriter, and star of this series. Like much of your work, it is very clear that it reflects you both as a person and as a creator. How does it feel to show so much of yourself like that?

It’s interesting. I was very lucky because, to be honest, that’s all I know about this business. I used to advertise, and I’ve had a good track record in this area. But in television, my first experience was selling my own show to HBO, nothing in between. They gave me carte blanche to do what I wanted to do. And now I’m working with similar people involved, HBO Max instead of HBO, but there are a lot of similar things going on where it’s you. They let me write the arc. They don’t touch the voices. They let it be me.

So on the one hand, it’s the best, because who wouldn’t want that? It’s just my pure work. I don’t know the feeling of having my job bastard or watered down. I was so lucky. And then the only downside is when things don’t go well and people criticize it, it’s quite personal, but it’s my voice, my writing, my drawings, my everything. I am very invested in what I do. I’m not the type of person who takes on five different projects. I’ve been working on this for years. So you have to take the good with the bad, but that’s all I really know. So I hope it works.

Brandon Zachary is an associate writer with Comic Book Resources and has been writing for CBR since 2018. He covers breakouts on comics, film, television, video games, and anime. He also conducts industry interviews, is a certified Rotten Tomatoes film critic, and knows A LOT about the X-Men. For requests, comments or to hear his argument for a third Avatar series that incorporates robots, you can contact him via [email protected]

SAPL: The San Antonio Public Library will open on Sundays from September 26