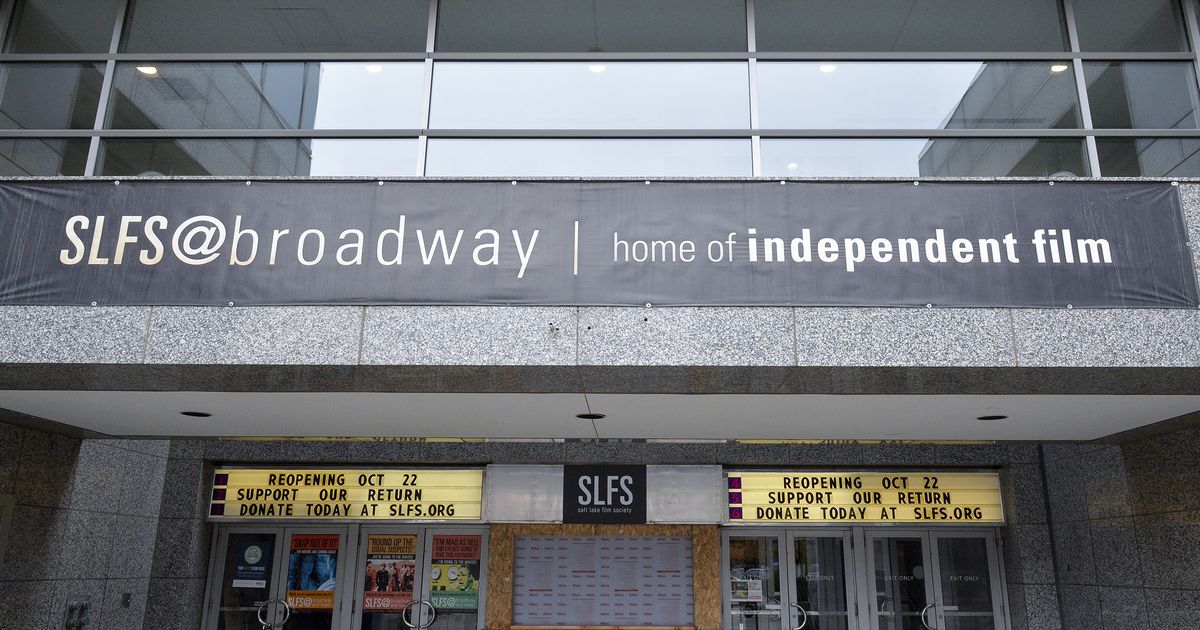 Salt Lake City’s Broadway Center Theaters are back, 19 months after the art house was closed by COVID-19.

When Tori Baker closed the doors of the Salt Lake City Film Societyin March 2020, at the start of the COVID-19 pandemic, it pledged to remain closed for at least six weeks.

â€œEveryone in the arthouse industry, even though I was crazy,â€ Baker said this week. “Everyone was like, ‘You’re going to lose all these titles, we’re going to be open in two weeks.'”

Ultimately, the Salt Lake Film Society kept its two theaters – the six-screen Broadway Center Theaters in downtown Salt Lake City and the historic Tower Theater in the Ninth & Ninth neighborhoods – closed for 19 months, so as the pandemic increased and receded and leapt again.

On Friday, the association will reopen Broadway, while the Tower will continue its renovations.

â€œWe did a lot of cleaning – and we don’t mean that we have [just] sucked, â€Baker said.

In the tower, which opened in 1928 and was first renovated in 1950, said Baker, â€œwe literally emptied everything. We took everything out, we evaluated our archival collections. We’ve looked at everything we have under the stages and behind, in the nooks and crannies.

The scale of the tower renovations and delays in the supply chain pushed the theater to open in 2022, Baker said. (A victim of this delay: Out of the Shadows Theater Group moved its annual Halloween shadow presentation of “The Rocky Horror Picture Show” to Alliance theater at Trolley Square, October 22, 23 and 29, at 8 p.m. each evening.)

On Broadway, Baker said the most obvious change would be the implementation of health and safety protocols. Salt Lake Film Society is one of 400 exhibitors nationwide that have implemented the CinemaSafe program, designed to curb the spread of the coronavirus. Signage, she said, will be plentiful.

(Chris Samuels | The Salt Lake Tribune) Preparations are made for the reopening of Broadway Center theaters in Salt Lake City on Tuesday, October 19, 2021. The arthouse theater has been closed since the start of the pandemic. COVID-19 and will reopen on October 22.

The opening weekend lineup will be an eclectic mix of independent films, with one big budget surprise: “Dune”, director Denis Villeneuve’s long-awaited adaptation of Frank Herbert’s sci-fi novel on the plot. of palate, spices altering the spirit and giant desert worms.

Being an art house, said Baker, â€œmeans that we also organize works of art by artistic merit. I will always play a Martin Scorsese or Quentin Tarantino movie, although they usually won’t be sold to me like a little art house. It’s about artists and works of art.

To accompany Villeneuve’s “Dune”, Broadway will also screen the 2013 documentary “Jodorowsky’s Dune”, which details the failed effort of cult filmmaker Alejandro Jodorowsky in the 1970s to bring his crazy version of Herbert’s novel to the screen. . And on October 29, Baker booked the visually stunning but narratively cramped adaptation of David Lynch’s â€œDuneâ€ in 1984, with Kyle MacLachlan, Sean Young, and a Sting wearing a blue fly.

Also on the screens this weekend: the romantic drama “Bergman Island” by Mia Hanson-LÃ¸ve, starring Vicky Krieps and Tim Roth; Todd Haynes’ musical documentary “The Velvet Underground”; â€œThe Rescueâ€, a documentary detailing the ordeal of a Thai football team trapped in a cave in 2018; the western “The Harder They Fall” produced by Netflix, starring Idris Elba and Regina King; and a reissue of the 1981 horror thriller “Possession”, starring Isabelle Adjani and Sam Neill.

While Broadway will be open to sell tickets and serve popcorn, the Salt Lake Film Society will continue to show films on its online portal SLFS @ Home. This program began in response to the pandemic, simulating the arthouse experience to be broadcast at home. Since launching the home portal, Baker said, SLFS has worked with 34 art houses nationwide to tailor the software for their use.

The non-profit association SLFS also created a summer program, the Backlot Cinema, a boutique drive-in-park which screened a selection of films on Friday and Saturday evenings. The drive-through season ended on October 16, but Baker said she would return next year when the weather warms up.

Baker decided in May that October would be the target date to reopen Broadway, both because of lingering questions about the pandemic and because there are more arthouse titles available in the fall. that during the blockbuster-laden summer.

The question Baker asked when deciding when to reopen, she said, was, “What are the costs you have to incur to be up and running, compared to the number of people who are willing to come back?”

This is a question that Hollywood has grappled with in recent weeks. The answer, based on box office numbers, appears to be that action movies aimed at teens and young adults – such as “Venom: Let There Be Carnage” and the James Bond film “No Time to Die” – sell a lot of tickets, while films aimed at older audiences (the most recent example is the medieval drama “The Last Duel”) do not attract as many customers in theaters.

The return to Broadway comes two weeks after another theater in downtown Salt Lake City staged a popping grand opening. The Gateway’s Megaplex Theater officially reopened on October 8, after a smooth opening a few weeks earlier.

Utah-based Megaplex has remodeled the Gateway location, which opened in 2001 with a dozen auditoriums, into a nine-screen complex with all reclining seats, laser projection and Dolby Atmos sound. . Megaplex has eliminated two theaters and refitted a third as a reception hall, which the company’s other sites have made available for wedding receptions, business meetings and other events.

â€œThey want to support you, they feel you are important in the community. But you just don’t know how far you can push that, “Baker said, adding that” we have options because we’re community-based and mission-driven, and other cinemas just need to open up. and earn income. . “

(Chris Samuels | The Salt Lake Tribune) Preparations are made for the reopening of Broadway Center theaters in Salt Lake City on Tuesday, October 19, 2021. The arthouse theater has been closed since the start of the pandemic. COVID-19 and will reopen on October 22.

Australian Businesses Enter the IT Age