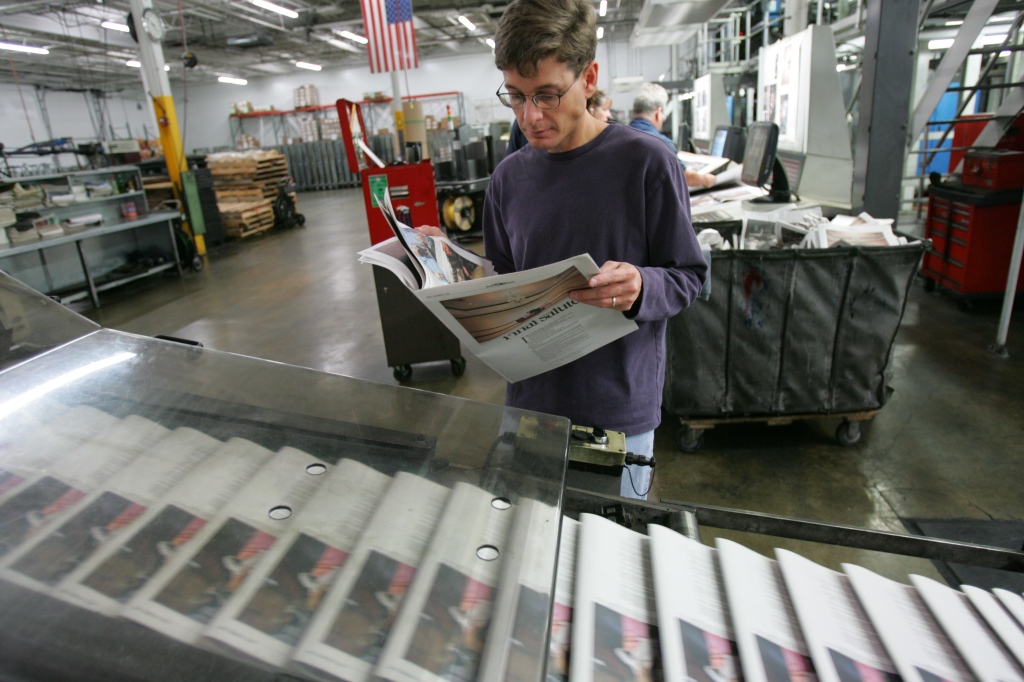 Rocky Mountain News Pulitzer Prize winner James “Jim” Sheeler and journalism professor remembered for his gifts as a deeply empathetic journalist and storyteller, passed away last week at his home in Chagrin Falls, Ohio. He was 53 years old.

A longtime obituary writer, Sheeler has defended veterans and their families, including the Coloradans who were killed in the Iraq War. His 12,000 word article “Final hello” won the 2006 Pulitzer Prize for Writing Feature Films.

The book, hailed by the Pulitzers as a “poignant story about a naval commander who helps the families of comrades killed in Iraq cope with their loss and honor their sacrifice,” later served as the basis for a book by the same. name, who was a finalist for the 2008 National Book Award for Non-Fiction.

“Humility, compassion, curiosity – he had all the qualities you can’t teach,” said Todd Heisler, photojournalist, colleague and friend, whose own work on “Final Salute” earned him the Pulitzer for Long Photography. footage. â€œHe really was a great listener. I think that’s why his job was so good, he brought it to every story he did.

Heisler, now a New York Times photographer, said many of those families have kept in touch with Sheeler over the years.

“He would sit in their living rooms, play with their children, just take the time” to relate and write deep, moving stories full of detail, Heisler recalls. â€œHe really cared about the people he wrote about. “

Sheeler began his journalistic career in 1991 at the Daily Camera in Boulder, including time spent as a business writer. He also wrote for the Boulder Planet, a weekly newspaper, from 1996 to 2000. Sheeler went to work for the Rocky Mountain News in Denver in 2004, after writing for the Denver Post as a freelance writer from 1999 to 2003.

Steve Knopper, who worked with Sheeler at the Daily Camera in the early 1990s, recalled that Sheeler proposed and wrote a story about a local bowtie maker, and, in the article, Sheeler quoted the chairman of the University of Colorado, Gordon Gee, a bow tie enthusiast. .

â€œYou could tell he had bigger ambitions, he had all of these ambitions to write,â€ Knopper said. â€œHe was buried in his computer at his desk, with long printouts he was annotating. At the time, we all thought he was crazy.

â€œHe wanted to tell people’s stories,â€ said Knopper, a longtime friend. â€œJim just clicked with (obituaries). He wanted to make a great art out of it.

Born and raised in Texas, Sheeler moved to Colorado in 1986 to attend Colorado State University, from which he earned a journalism degree in 1990, according to his biography posted on the Pulitzer website. Sheeler contributed to “Life On the Death Beat,” an obituary-writing guide for journalists published in 2005. And in 2008, Sheeler’s book “Obit: Inspiring Stories of Ordinary People Who Men Extraordinary Lives” was published .

At the time of her death, Sheeler was the Shirley Wormser professor of journalism and media writing at Case Western Reserve University in Cleveland.

â€œAlthough many of you knew Jim much better than I did, his basic kindness and decency was evident moments after meeting him,â€ said Joy Ward, dean of the CWRU College of Arts and Sciences, in a statement. letter to the university community. â€œWhile he was a journalist, these character traits prompted people to share their stories with him, even at some of the most painful and vulnerable times of their lives. When he became a teacher, these same qualities pushed students to go beyond their own experiences to recount the most meaningful memories of others.

On the college’s website, Sheeler said his expectations of students boiled down to a compelling demand, “Tell me a story.”

“As a young boy, I read late at night with a flashlight under the covers, I reveled in stories of darkness and light” Sheeler said on the Case Western Reserve website. “As a journalist and teacher, I continue to seek out stories in the shadows, revealing the everyday philosophy and wisdom hidden in people and places too often overlooked.”

In 2016, Sheeler won the Wittke Award for Undergraduate Teaching. He was a Provost Scholars mentor, working with college and high school students in East Cleveland.

Lynn Bartels, a former Post and the Rocky employee, recalled her first meeting with Sheeler. The two sat side by side in the Rocky’s newsroom for a while.

â€œ’Well, I’m Jim Sheeler’â€ was his introduction, Bartels recalls. “And I just said, ‘I’m not worthy.'”

At the time, Bartels was a huge fan, as she followed and read his work, especially his glowing obituaries.

“He handed me things to read,” Bartels said. “I would prepare myself because I knew I would cry for the next hour.”

Sheeler’s cause of death has not been determined, according to Joy’s letter to the community at Case Western Reserve.

He is survived by his wife Annick and their son James. Plans for a department had not been finalized.