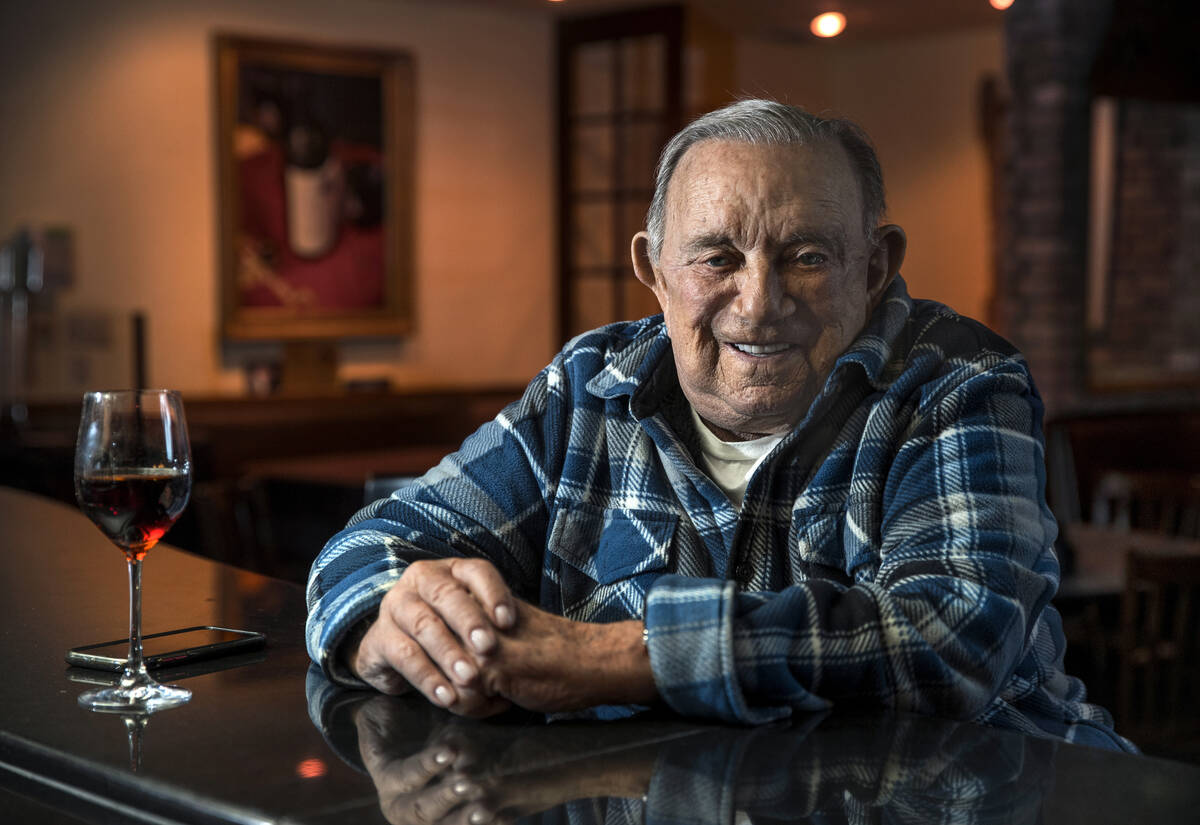 It’s a festive spring for one of Las Vegas’ most venerable and famous restaurants – Piero’s Italian Cuisine. The late-night gathering spot has been welcoming diners for 40 years, which is remarkable in a rapidly changing city where restaurants can come and go quickly.

Most remarkably, Piero’s has been independently owned by Freddie Glusman since its founding, rather than a large corporation or restaurant holding company.

“I opened Piero’s in 1982 on Karen Ave.,” said Canadian-born Glusman, who has been a southern Nevada entrepreneur since 1957. He moved the restaurant to its well-known location across from the Las Vegas Convention Center. in 1987. Evan Glusman, his son, supervises the establishment with him.

It’s hard to guess Piero’s size from the outside, but it’s huge inside: 350 seats fill the 18,000-square-foot restaurant, but there’s an intimate, candlelit vibe. In its six separate dining rooms, the walls are adorned with abundant artwork, including strikingly colored lithographs by Aldo Luongo. It’s a visual treat.

Millions of people who have never dined at Piero’s have had a memorable glimpse of the restaurant. It’s in a famously intense scene with Robert De Niro, Sharon Stone and Joe Pesci in Martin Scorsese’s 1995 mafia movie masterpiece, “Casino.”

Since the film’s release, one particular table has come to be known as the Sharon Stone Booth.

“We get a lot of requests for this,” Evan Glusman said.

“Casino” may be fictional, but it contains a Vegasy grain of truth, as a mobster or two has certainly been twirling linguini with their forks at Piero’s. Evan recounted an early evening in 2005 when FBI and DEA agents conducted an unannounced sting of two retired New York cops – who happened to be mob assassins – in the same room as the Sharon Stone Booth, which also has a bar.

“The bar was definitely occupied by people who didn’t necessarily fit – it was definitely feds,” he said. “They were sitting there and they turned around with AR-15s. Heavy artillery came out in the middle of the restaurant, they stopped them and left.

Freddie recalls the dramatic evening with a zinger about the feds: “When they left, they didn’t tip the valet.”

Over the decades, Piero’s has hosted countless dignitaries, including former Presidents George W. Bush and Bill Clinton. Artists like Frank Sinatra, Jerry Lewis, Luciano Pavarotti, Blake Shelton, Carrie Underwood and Justin Timberlake have dined there. It’s also a favorite spot in professional sports circles, with many Golden Knights and Raiders having been guests, as well as Mike Tyson, Dana White and many more. There’s even the Tarkanian Room, a tribute to famed UNLV basketball coach Jerry Tarkanian.

Overall, Piero’s is a favorite meeting place for Las Vegas movers to dine in relative darkness, a haven where celebrities don’t have to worry about being disturbed at their table by fans looking of selfies, Evan said.

Ambience aside, Piero’s guests really fill the tables every night because of the restaurant’s robust dishes, including the homemade agnolotti (round spinach and ricotta ravioli served in a creamy alfredo sauce). Other classics include the Sunday Sauce (rigatoni with meatballs in tomato sauce, Italian sausage and a dollop of ricotta) and giant garlic scampi.

But hands down, the osso buco is the house masterpiece: braised beef shank served with a side of delicious fettuccine. He makes spectacular projections every night, including a small fork to extract some of the succulent marrow from the bone.

“I can only imagine how many osso bucos we’ve served in 40 years,” Evan said.

To accompany these dishes (and the rest of the menu), Piero’s offers an extensive and diverse collection of wines in bottles and single portions.

“I bet we have one of the greatest selections of wines by the glass in town,” Evan said.

Piero’s also offers the Monkey Bar, with humorous simian-themed artwork. It’s a secluded corner where many martinis have been rocked over the years. It also hosts live lounge music on Friday and Saturday nights.

Both father and son point to the family nature of the business and the fact that many of their employees have worked at Piero for many years, especially the captains who run the dining rooms. The restaurant offers its customers a personalized, non-corporate experience hard to find in contemporary Las Vegas.

“We pride ourselves on great service, and these guys have been here for 10, 12 years. It takes a lot to become a captain,” Evan said. “It’s old school in that sense – every captain is a little different.”

Each evening, Piero’s buzzes with excitement as its dedicated kitchen and dining staff perform a kind of ballet for its satisfied customers, whether local Nevadans, visiting luminaries or the crowd. Convention Center expense reports.

Looking back on four turbulent decades, does Freddie have any favorite Piero memories?

“They were all good times. Everything has been good for me,” Freddie said.

What about the name?

The restaurant is obviously not called “Freddie’s”, so some might wonder why it’s called Piero’s. The nickname comes from the restaurant’s early months when Glusman had a business relationship with chef Piero Broglia. The partnership dissolved in a short time, but the name stuck.

Broglia has become a Southern Nevada restaurateur in his own right, owning several well-known restaurants over the years. He died at the age of 80 on March 31.