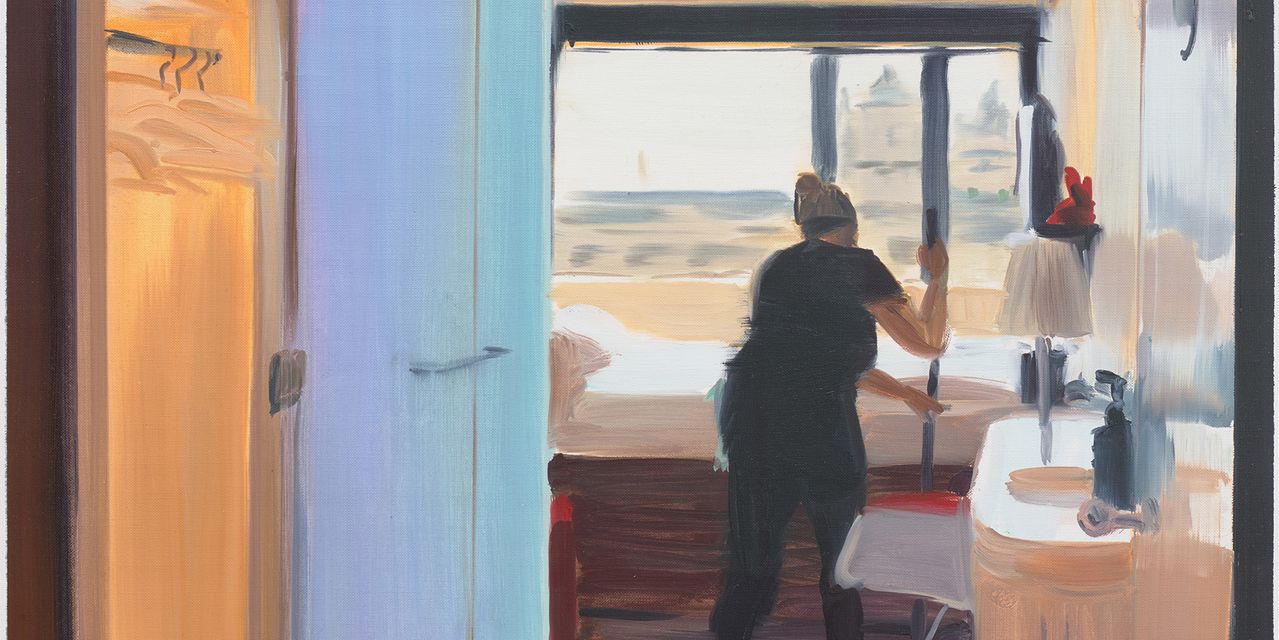 Founded in 1985 in response to the famine in Ethiopia, the association now strives to bring positive and lasting change in the lives of poor and disadvantaged people around the world.

â€œI firmly believe that art has the potential to change the world for the better,â€ Samir Patel, managing director of Comic Relief, said in a statement. “Each of the incredible, world-renowned artists who donate their work to auction will help change the lives of thousands across the UK and internationally with the product.”

Armitage Snake charmer is the artist’s very first drawing to be auctioned. This work captures the Kenyan landscape, its wildlife and life on the streets of urban East Africa.

Emin’s work on paper, Like an old fashioned time, represents a female figure lying in gestural brushstrokes. â€œExpressing his understanding of the body as a means of conveying the subject’s rich inner life, the design is deeply compelling in its simplicity,â€ said Phillips.

Gormley’s sculpture ELEVATOR 5 (MEME) III belongs to the artist’s MEME series, started in 2007. Each work in the series comprises 27 constant-sized cast blocks arranged to represent bodies in different postures that evoke various psychological states. Gormley is best known for its large-scale public installations, including Angel of the North (1994) in Gateshead, England; and Another place (2005), located at Crosby Beach in Merseyside, England.

Walker’s ink drawing, Study for the upper floors, room 324, is a preparatory work for the large format painting of the same name. The painting belongs to the series Housekeeping, which depicts the work of women in the hospitality industry.

“The subject of my paintings is the lives of women, and often those who are less visible in society because of their personal circumstances or the work they do,” she said in a statement, adding that she was happy to donate this painting “as the proceeds will have a direct impact on women and their families who are living difficult lives in the UK”

All four works are now available online and will be on display at Phillips Galleries in London from October 6-14. They will be offered for the Phillips Day sale of 20th century and contemporary art on October 14 in London.