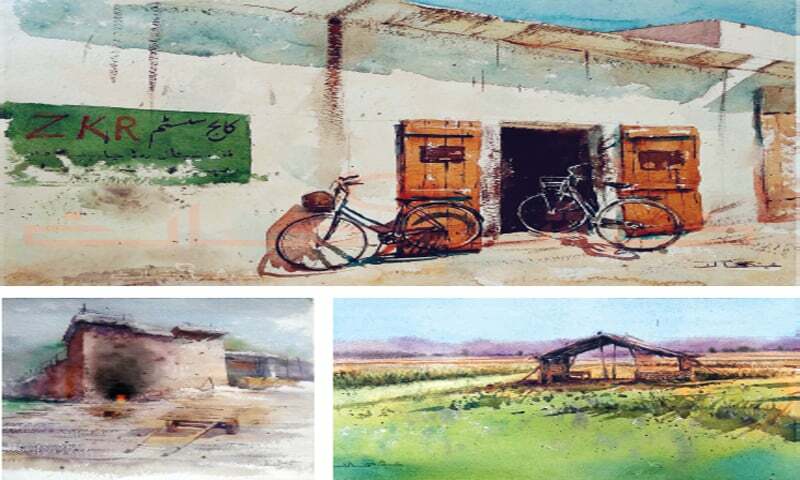 This is the third time he has had the honor of being selected for the semi-annual group painting exhibition held in Italy, where works of art by renowned artists from around the world have exhibited after a meticulous selection process.

About his recent recognition, Mr. Kheshgi told this scribe that it was the third time that an organization based in Italy had selected one of his works for a group painting exhibition in a watercolor competition that , he said, would help promote cultural diversity and tourism in Khyber. Pakhtunkhwa globally.

The organization, also known as the Watercolor Artists Organization, had invited works from artists around the world for a group exhibition as part of a watercolor competition. The works of two KP artists, including Abdur Rahman and Mr Kheshgi, have been selected for the year 2021-22.

Mr. Kheshgi is currently Assistant Professor of Art at Abdul Wali Khan University in Mardan and has received 15 awards and certificates of distinction from national and international art organizations.

He has participated in several solo and group exhibitions and has also presented articles on the importance of landscaping, character design and textual illustrations. He has done online illustration and animation projects for private companies in the UK, USA, China and Vietnam.

Mr. Kheshgi explained that his work selected for the global group event was a painting of a hut in the green fields of the village, reflecting the rural culture of KP that still existed with all its natural manifestations and through which the artists of the world could understand it in the language of dynamic colors.

“The first time I sent my painting of a typical rural town scene with two bicycles parked in front of a village shop, and my second painting was again a Ghanai village (an improvised place of Ghur making) selected for the biennial art exhibition event in 2017 and 2019, respectively. I kind of achieved a hat-trick,” Mr. Kheshgi said proudly.

He said he wanted to show the world the indigenous culture of KP through the universal language of art. He said that being a multimedia artist, he made most of his works in several mediums, including oil and watercolor, with the aim of promoting cultural diversity and tourism.

“I want to start an art gallery based on the concept of art from Italy, which is actually the origin of visual art,” he said and showed his desire to do a doctorate of the foreign country in the field, if he has obtained a scholarship.

The Fearless Collective: memory of an artist in Sri Lanka in the midst of an economic crisis