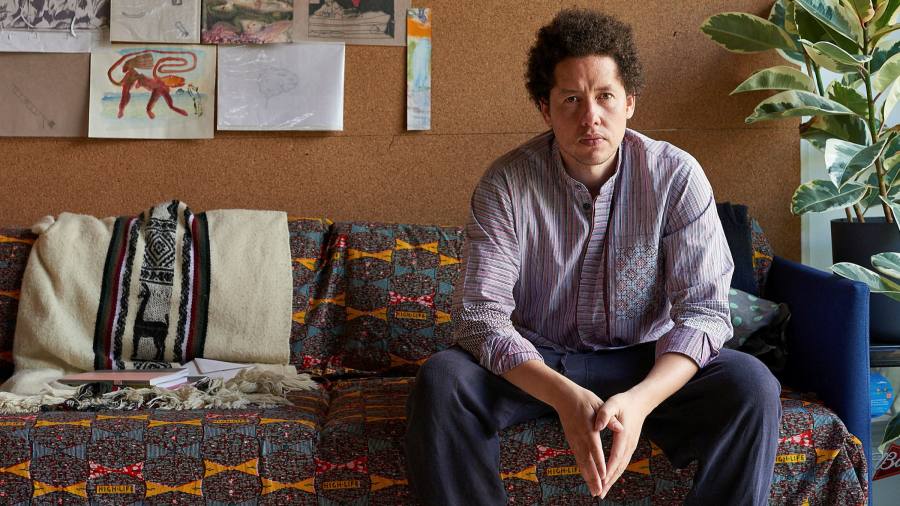 Francisco de Goya has more than once shaken up the artistic life of Michael Armitage. Armitage first met the old Spanish master on a trip to Madrid in his late teens. Knowing nothing of his dates or his work, he surmised that Goya’s ‘Black Paintings’ – a visceral cycle of frescoes the artist made in the 1970s – might be contemporary minimalism. “I was completely blown away,” he says.

Kenyan-British Armitage, 38, has become known for his large-scale, multi-layered and often dreamlike paintings that dissect the failings of Kenyan society, engaging with the work of East African modernists and old masters Western art, in particular Goya (1746-1828). This makes Madrid’s Real Academia de Bellas Artes de San Fernando, of which Goya became director in 1795 and which now houses 13 of his paintings, as well as original plates and first editions of his etchings, the perfect place to mount an exhibition exploring the links between the two artists.

Presented by the Spanish branch of the Turin-based Fondazione Sandretto Re Rebaudengo and curated by Hans Ulrich Obrist, renowned artistic director of the Serpentine Gallery in London, Michael Armitage in the museum’s Calcografía Nacional (its etchings center) includes five oil paintings by the artist and 14 ink washes. More of a clever intervention than an exhibition in its own right, the show serves as a masterclass that deepens our understanding of the two artists.

A court painter for most of his life, first producing rococo tapestry cartoons and later notably unflattering royal portraits, Goya is best known today for his works made from his fifties onwards: “Los caprichos ” (1797-98) and “Los disparates” (1815 -23), two series of etchings that fiercely criticize human folly; “The Disasters of War” (1810-20), produced in response to the brutality of the Peninsular War of 1808-14, but published only 35 years after the artist’s death; the “Black Paintings”, which included “Atropos” (“The Fates”) and “Witches’ Sabbath”. Filled with strange and fantastical creatures, Goya’s work explores madness, superstition, mob behavior, religion and political corruption.

“Goya is a haunting presence,” says Armitage via Zoom from his London studio. “He’s there for me both in terms of what he does with an image technically but also conceptually, the ideas behind what he chooses to paint and the way he thinks about society. .”

The son of a British father and a Kenyan mother, Armitage spent his childhood in Nairobi. In 2000, aged 16, he entered boarding school in the United Kingdom, then studied painting at the Slade School of Fine Art and the Royal Academy Schools. Today, with a studio behind his parents’ house in Nairobi and another in London, he divides his time between the two cities – although Kenya is the place he calls home.

There’s a dark humor to Goya’s work, which Armitage finds compelling – and easy to relate to if you’re Kenyan, he thinks. “I’ve always found him to be intensely funny! Even the darkest of his paintings is often satire.

I have always found him to be intensely funny! Even the darkest of his canvases is such a satire of time

Armitage’s own paintings draw inspiration from political events, social media and pop culture. They weave together folklore, myths and personal memories: the five works presented here are a Goya-like vision of Kenyan society. In “Anthill” (2017), three exorcised women evoke the aerial figures of “Atropos” as they fly towards us on hyenas. In “Mkokoteni” (2019), two Goya-style cartoons capture the chaos of Kenya’s 2017 elections. With a nod to “Los caprichos”, in which hideous old men woo beautiful young women, in “Mangroves Dip” (2015) Armitage muddles the Kenyan coastal sex tourism industry.

Invoking the resolute Greek heroine, “Antigone” (2018) depicts, with Goya-esque irony, a naked woman sitting in a semi-pornographic pose beneath the words “All she wants is to get married.” Intended as a critique of the slow-to-die attitude in Kenyan society that a woman needs a husband to validate her existence, the complex issues surrounding the representation of the female body nevertheless make the painting uncomfortable to view.

In 1793 Goya suffered from a mysterious illness which left him deaf and much was said about the darker turn of mind that followed. Armitage does not equate darkness with either pessimism or cynicism. “What I get from Goya is phenomenal empathy and love for humanity. . . One of Goya’s very latest drawings depicts an old man on crutches saying, ‘I’m still learning. It’s hard to see that coming from someone who hated being part of society.

The scrutiny of Goya’s work has changed the way Armitage – recently elected as a Royal Academician – draws. “The economy of the image implies speed of realization, but when you see the actual drawings, you see that the lines are built from often quite soft brush marks,” he says.

Using Prout’s ink, “which can be rewet and reworked”, the 14 ink washes in the exhibition date from the last three years: a “strong man” balances three figures on his back; a hooded man holds a decapitated head in his hands; a soldier’s head floats above him as he dies. There is a sense of the absurd in these drawings which, with their bare composition, goes back to Goya.

At the end of the exhibition, Obrist included five etchings of “Los caprichos” and “Los disparates”, a taste of the Goyas that you can find elsewhere in the museum. In the theatrically lit Goya Cabinet, a selection of the 228 plates owned by the Real Academia are on display, and in the main part of the museum are Goya’s 13 paintings, among them the wonderfully named “Burial of the Sardine” ( c1812-14), whose carnival banner Armitage “stole” for his 2017 work “The Fourth Estate,” converting his smiling face into a frog.

The exhibition does more than connect Armitage to Goya and informs us about both: Armitage dialogues with Goya, yes, but also with Manet, Velázquez and Gauguin. And I can’t watch “Antigone” or “Mangroves Dip” without thinking of Jak Katarikawe and Asaph Ng’ethe Macua, two East African artists I first met at Armitage shows. Counterintuitively perhaps, the exhibition’s focus on Goya refreshes our sense of the depth and breadth of allusions in Armitage’s work.

Camilla Duchess of Cornwall: inside Clarence House where she isolates herself