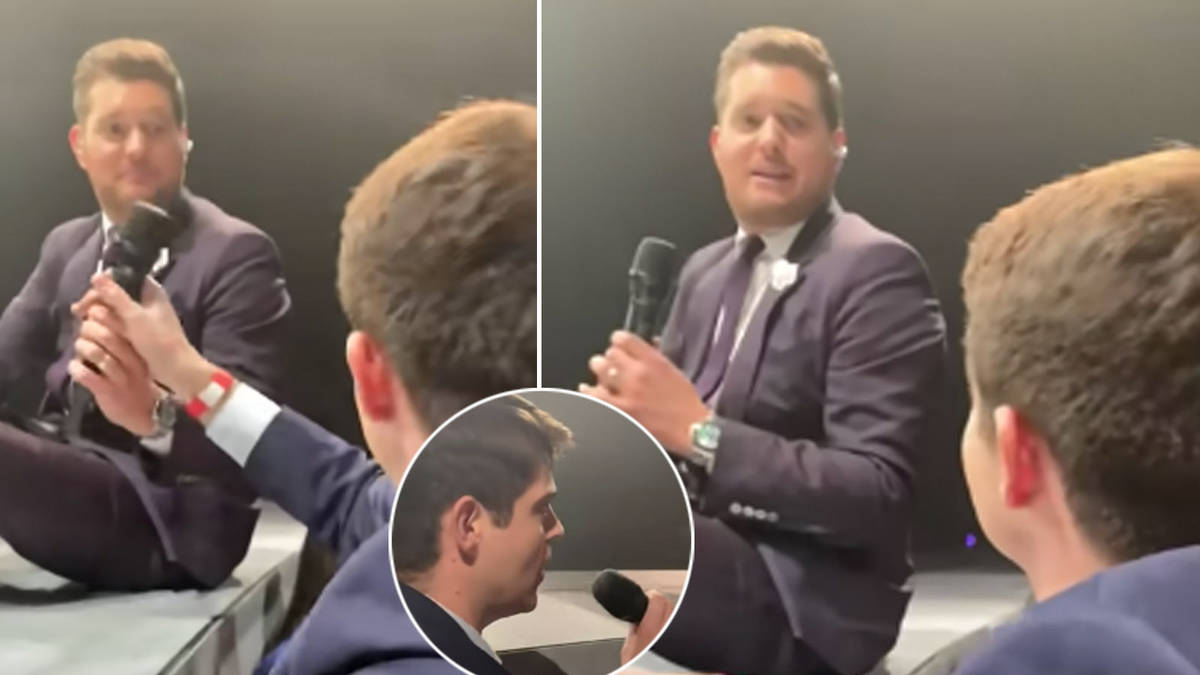 Michael BublÃ© was stunned after a fan took the microphone during one of his concerts in 2019.

Michael BublÃ© has entertained crowds for years, but he was almost eclipsed at a performance in Nashville.

In a clip shared on YouTube, the crooner can be seen handing his microphone to a fan in the crowd called Andrew Zarrillo.

And it’s clear to see why he was so confident, as the fan then took the mic with an incredible rendition of Sinatra’s 1954 hit, “Send me to the moon”.

Blown away by Andrew’s voice, Michael fled the stage jokingly as the crowd cheered and clapped loudly.

Andrew shared the incredible moment online in 2019, with the caption, “Everyone thought it was scripted but it’s a totally impromptu moment!”

The clip has now been watched over 27 million times, as one person joked in the comments, â€œWe’ve all heard of aborted marriagesâ€¦ But Andrew gave us some rock-solid gigs.

Someone else said, â€œIt was epic. Michael Buble hands you the microphone and lets you sing Frank Sinatra! You killed him! Good work!”

A third added: “This guy has such an angelic voice that even Micheal BublÃ© was surprised.”

It comes after BublÃ© announced that he is releasing a special limited edition Super Deluxe box set from his Christmas album.

The 2021 box set, which will be released internationally on November 19, will include a bonus 7-track CD with songs personally selected by Michael.

It will also include two newly recorded songs, including â€œThe Christmas Sweaterâ€ and a new studio version of â€œLet It Snow! Â», Recorded at Abbey Road Studios in London with the BBC Big Band Orchestra.

Art listings around the Wellington area this weekend