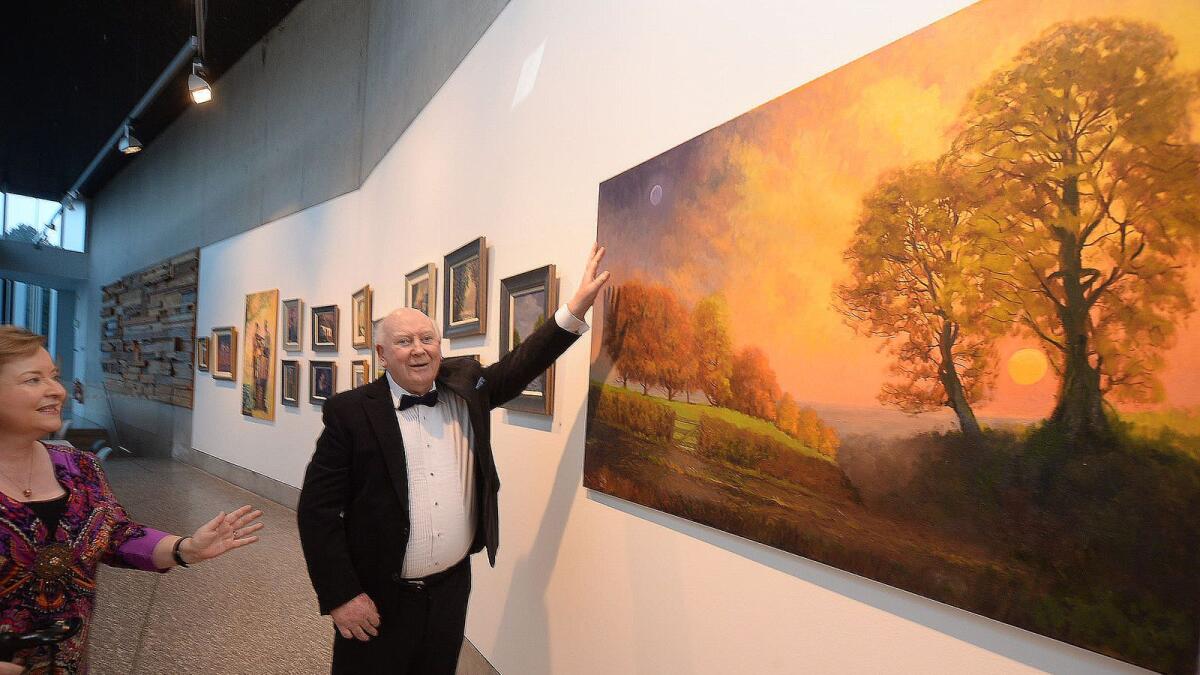 Meathman’s Journal: Works of Art from a Force of Nature

It is surely one of the great tragedies in life that people who are lucky enough to have one great talent or another fail to realize that talent. There is no shortage of stories in the world of footballers, musicians, writers and artists and others who were rich in talent in one way or another but unfortunately followed the same path. Promise broken.

Seamus Smyth is certainly one of those with a talent who royally managed to make the most of it. Seamus, you see, is an artist through and through.

I went to his studio at his home in Dunmoe on Navan Road, Slane. I saw his work. I’m not an art expert but like most people I know a good image when I see one; it is not that difficult to detect originality and true creative blossoming in a room.

Seamus is certainly a renowned artist in these areas and County Meath Council has decided to recognize his achievements by hosting an exhibition of his oil paintings as part of a celebration of 50 years as an artist. The exhibit will be held at the Solstice Arts Center, Navan on Friday, October 1 at 7:30 a.m. and will run through Thursday, October 15. His very first art exhibition of oil paintings was held at Foresters’ Hall in Navan in 1975. He has held many more since then.

A few years ago, I went to visit Seamus to talk about his life and his time – and he’s been through some amazing things in life. He grew up in St Patrick’s Terrace, Navan and while he held various jobs (in the Spicers bakery and the pub) art has always been central to his life. Much of what he learned, he thought so himself. He married Nina and they raised their beautiful family in Dunmoe.

Many episodes of his life have been recorded in a memoir he wrote a few years ago – “Recollections of My Life in Navan”. He recounted, for example, how the great Christy Ring once called to St Patrick’s Terrace to visit a relative who lived there. There were other amazing chapters. Seamus drove to Croke Park in a car that once belonged to Adolf Hitler. The car was acquired by the Burke family in Stackallen.

Throughout his life, he continued to work in drawing and painting, developing his talent; perfecting your own distinctive style. During lean times, Seamus recalled how he supplemented his income with painting.

Yet there were also dark days. Seamus suffered a stroke in 2010. This meant he could no longer paint with his right hand. How did he react to this devastating blow? He learned to paint with his left.

Such resilience and such determination to speak out made Seamus an inspiration to others – and County Meath Council now recognizes that fact. He is definitely someone who has accomplished his talent – and I hope there will be many more creations of him in the years to come.