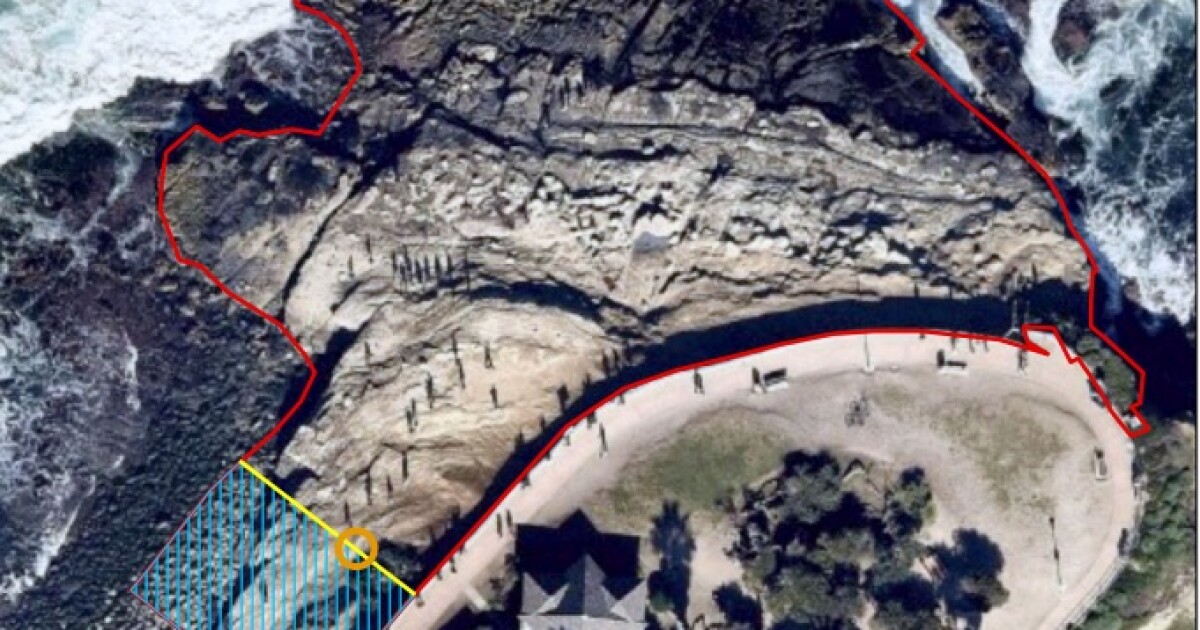 The California Coastal Commission is expected to hear arguments regarding Point La Jolla’s proposed seasonal closure at its Friday, April 8 online meeting. The meeting will begin at 9 a.m., but it is not yet known what time the Point La Jolla article will be heard.

Although the request from the San Diego Department of Parks and Recreation proposes to close the area from May 25 to September 15 – for much of the sea lion whelping season, which is generally recognized as June 1 to October 31 – one of the permit conditions that will be considered is to extend the closure period from May 1 to October 31.

Point La Jolla, a rocky area between La Jolla Cove Beach and Boomer Beach where sea lions come ashore to rest and give birth, was closed for five weeks last summer, from August 11 to September 15, in emergency after months of reports of bathers disturbing and, in a few cases, injuring, sea lions and their young.

According to the Coast Commission, the closure would include signs indicating that the area is closed to the public, a chain closing the wooden staircase and two K-rails at the western end of the closure area to create a path from the top of the cliff. / concrete walkway to Boomer Beach to allow limited access for ocean recreation.

To learn more about the April 8 hearing, visit coastal.ca.gov and click on the “Meetings” tab.

The Museum of Contemporary Art San Diego will celebrate its grand public reopening in La Jolla from 9:45 a.m. to 8 p.m. on Saturday, April 9 at 700 Prospect St.

The museum’s flagship location, which was closed as it underwent a four-year, multimillion-dollar renovation, will also host “Prebys Play Day” from 10 a.m. to 1 p.m. on Sunday, April 10.

The grand reopening celebration is free (visit mcasd.org/reopening to reserve free tickets) and will begin with a ribbon cutting and remarks from Kathryn Kanjo, Director of David C. Copley and CEO of MCASD.

Guests can browse the museum’s new galleries, take an architectural tour of the Joan and Irwin Jacobs Building designed by Selldorf Architects, take part in guided art activities, and listen to live music.

Prebys Play Day will feature hands-on arts and games, as well as tours. The free event (visit mcasd.org/events/prebys-play-day-april-2022) will repeat on the second Sunday of each month.

Regular MCASD hours will be 10 a.m. to 4 p.m. Thursday through Sunday. Admission is $25 for adults ($20 for San Diego and Tijuana County residents), $15 for students and seniors, and free for members and children under 17. Other discounts are available.

The Windansea project will be reviewed by the Hearing Officer

A Windansea project that includes the replacement of a gazebo (also known as the gazebo) that was demolished decades ago will not be heard by the San Diego Planning Commission but by a hearing officer from the city in the coming weeks.

The proposed work would also include privately funded improvements to the public right-of-way and park to include posts and barriers and replacement concrete bench pads.

The city has five review processes (or levels) depending on the complexity of a project. A Process 4 project requires the review of the Planning Commission; Process 3 is reviewed by a hearings officer. After the permit application for the Windansea plans was filed, the city attorney’s office determined that the project had been mislabeled as Process 4 and was in fact Process 3.

The plaintiff’s representative, Jim Neri, a landscape architect, told the La Jolla Light that a Hearing Officer would review the project on Wednesday April 20, although a time has not been confirmed.

After 25 years at the Center for Community Solutions, Executive Director and La Jolla resident Verna “Vee” Griffin-Tabor has announced that she will be retiring and stepping down from her position. Tabor will remain in his role until early 2023 to allow time for his successor to pass.

The Center for Community Solutions is a San Diego-based nonprofit organization dedicated to ending sexual and relationship violence.

“My departure as CEO is a transition of a role, but not the end of my connection to CCS,” Tabor said. “It has been the honor of a lifetime to support brave survivors and do my part to prevent harm in our communities.”

The CCS Board of Directors has launched a CEO search committee. For more information, visit ccssd.org.

Robinson, a volunteer fundraiser for the San Diego Fire and Rescue Department, said Station 16 needed a range of things, from a barbecue grill to gym equipment. These types of items are usually paid for by the firefighters themselves.

The train station is at 2110 Via Casa Alta. Those interested in helping can email [email protected]

Longtime philanthropist and La Jollan Sheri Jamieson has donated $1 million to the San Diego Symphony’s “The Future is Hear” campaign.

Jamieson’s donation is in addition to a $1 million donation from Point Loma resident Dorothea Laub.

“The Future is Hear,” announced in May 2020, is a $125 million campaign supporting the San Diego Symphony’s arts and community programs, including building The Rady Shell at Jacobs Park at the Embarcadero Marina Park South of San Diego.

The donations from Jamieson and Laub bring the total raised to $121.5 million.

UC San Diego Health has been named an LGBTQ+ Health Care Equality Leader in the 15th anniversary edition of the Human Rights Campaign Foundation’s Health Care Equality Index, or HEI, a survey comparison of healthcare facilities on policies and practices dedicated to the equitable treatment and inclusion of LGBTQ+ patients, visitors and employees.

A record 906 healthcare facilities participated in the 2022 HEI survey, and 496 of them earned the LGBTQ+ Healthcare Equality Leader designation.

UCSD Health received the maximum score in each section and achieved an overall score of 100.

– Compiled by the staff of La Jolla Light ◆

‘Giuseppe Bezzuoli: A Great Painter of the Romantic Era’ at Palazzo Pitti

Support Ukraine and its artists through this NFT online charity auction