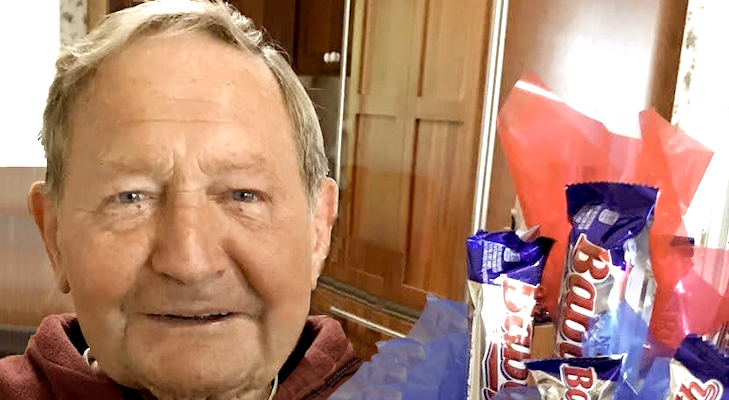 Joe Streiff died on November 14, 2021 at his home in Santa Barbara.

Joe was born January 5, 1930 in Wasco. He began his career as a printer in what was then known as Wasco News. Joe moved to Santa Barbara in 1964. After moving to Santa Barbara, Joe worked for Rood’s Associates, Santa Barbara News Press, and Channel Lithograph before retiring from Santa Barbara City College.

When he arrived in Santa Barbara, he wasn’t sure he would like her. Once settled in, he knew he never wanted to leave. He liked the climate that allowed him to enjoy being outdoors most of the day.

Joe and his wife, Jane, enjoyed square, round and country dancing for many years, and later lawn bowling with the Santa Barbara Lawn Bowls Club. He was also a longtime member of the Elks Caravaneers. He and Jane made several international RV trips, as well as trips to the United States.

Joe and Jane were only one month before they were married at 47 as a step family. Joe’s survivors are his first wife and mother of his children, Betty Sue Holland; his remaining sister, Anna Rastall; his daughter, Charlotte Sell (Larry); son Eric Streiff (Kim); and his grandson Chase Streiff, as well as the children of Jane, Dale Irwin and Mark Irwin, and the grandsons Jeremy Irwin and Andrew Irwin.

Joe will be missed but never forgotten. He loved his family and enjoyed catching up on their daily lives. Laughter was still mixed up in the conversation with Joe. He had a wonderful, fun-loving sense of humor.

Joe was a regular attendee at Our Lady of Sorrows Catholic Church.

A memorial in honor of Joe will be held on December 17 at 1 p.m. at the McDermott-Crockett Mortuary Chapel in Santa Barbara.