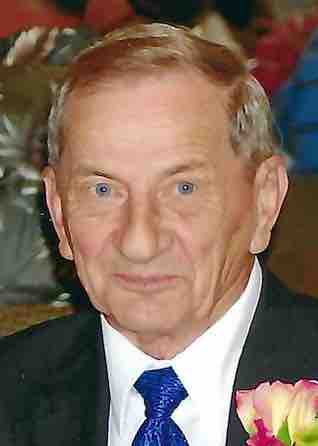 John was born January 8, 1931 to the late Joseph and Anna (Langel) Straka. On October 9, 1954, he married Maxine Fellers, who survived. For 22 years John worked for Doty Lithograph before it became Messenger Stationary, where he continued to work for another four years. John also had his own printing business called Circle Printing. John proudly served in the military where he received the Purple Heart and two Bronze Stars in Korea. He was also a member of the Disabled American Veterans in Defiance.

Also preceding John in death are his brother, Joseph Straka and a younger sister, Mary Straka.

The funeral will be at 11 a.m. on Monday, November 15, 2021 at Den Herder Funeral Home. Interment will take place at Paulding Memorial Cemetery with military rites granted by the Paulding VFW Post 587.

Online condolences can be shared at www.denherderfh.com.

Introducing the December 2021 issue of Wallpaper *