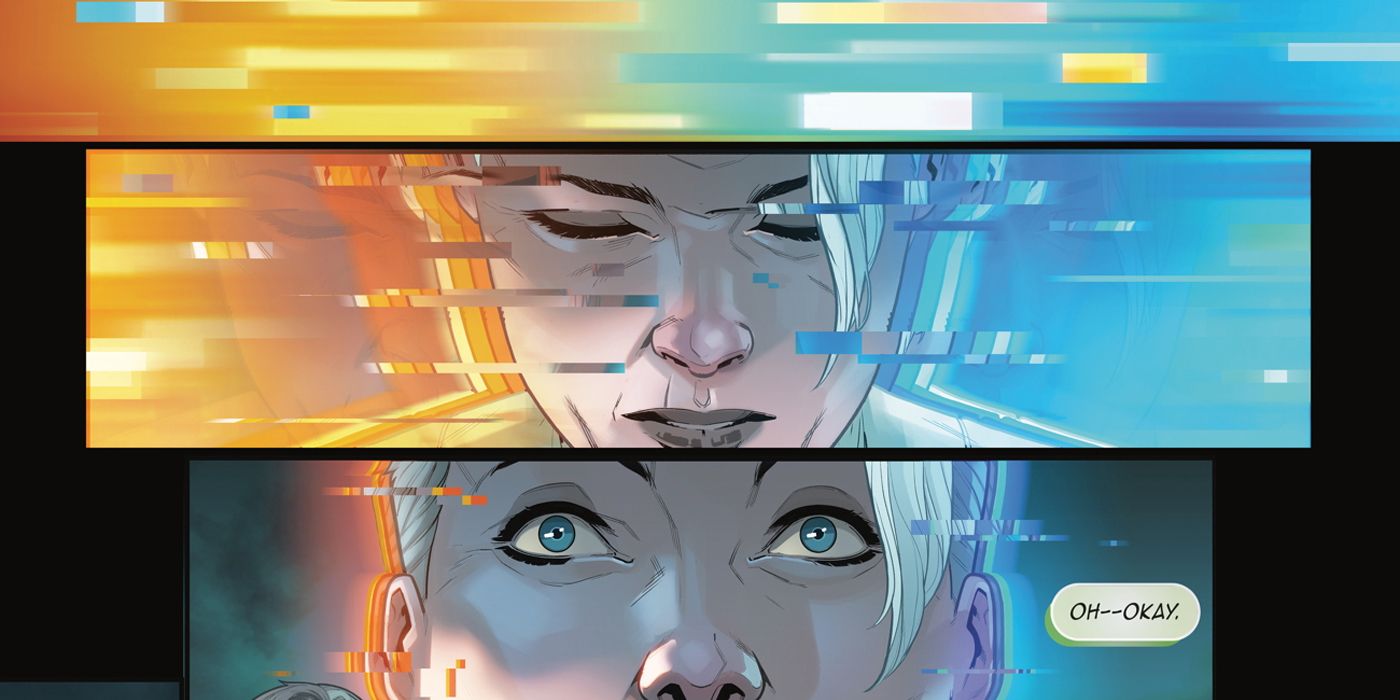 Writer Brian Michael Bendis is releasing a new title owned by the creator published by Dark Horse Comics, Joy Operations, alongside artist Stephen Byrne, and CBR got an exclusive preview of the upcoming series.

Joy Operations is the first creator-owned collaboration between Bendis and Byrne since the imprint belonging to the writer’s creator, Jinxworld, migrated from his former home with DC Comics to Dark Horse Comics. The new sci-fi thriller features series protagonist Joy as a special agent for the Jonando Trust, with the preview starring Joy on a new mission in a world that feels both familiar and unfamiliar to her.

The preview shows Joy digitally transported to the Jonando Trust, pondering the reality of the landscape and her experiences that she can breathe and even experience back pain. A Byrne homepage displays Jonando’s world, with futuristic buildings levitating raised above older-style structures. Promotional material for the first issue of the series reveals that the book is set in 55 years, with the following cover page showing the futuristic technology that Joy works with, platform-generating boots included with holograms, before her mission takes off. face an unforeseen complication.

Joy Operations is the first original series to come out of Jinxworld under its new home in Dark Horse. The series will only last five issues, bringing together the creators of Wonder Comics, the DC imprint where Bendis created new Justice League member and soon adapted Naomi, with Byrne working on titles like Wonderful twins and Legion of superheroes. While Dark Horse and Jinxworld will release new titles like Joy Operations, the imprint will also reissue and produce new episodes of Jinxworld books like Powers, pearl, Blanket and Murder inc.

Bendis and Byrne aren’t the only creators moving from DC to more creator-owned titles, either. Scott Snyder (Batman, Dark Nights: Metal, Black Nights: Death Metal) recently launched his own label owned by a creator called Best Jackett Press, creating titles that will be published digitally on comiXology and later released in print form by Dark Horse. For a title, We have demons, he reunited with his frequent collaborator Greg Capullo, who was the artist on Batman and other titles with Snyder. Running Batman writer James Tynion IV will also quit the current title of the caped crusader and The Joker series to focus on his own books in the future, even though he still writes The pretty house by the lake for DC’s horror imprint.

Despite the switch to creator-owned titles and Bendis’ Jinxworld imprint now released under Dark Horse, Bendis still writes DC titles like Justice League and Checkmate and write the next one Justice League vs. Legion of Superheroes, slated for release in January 2022. Exclusive preview and solicitation with information on the Dark Horse series for Joy Operations # 1 can be found below.

Joy Operations # 1 is written by Bendis with art from Bryne. The issue goes on sale November 24 at Jinxworld and Dark Horse Comics.

Sean is the editor of Weekend Comic News for CBR. His typical trip to the comic book store always follows the same sequence: promising to limit the number of issues he will buy, see them on the shelves, and buy them all anyway. He dreams of writing his own one day. Besides comics and superhero TV series / movies, Sean also enjoys musicals (both in theaters and on stage), classic rock, stand-up comedy, and podcasts. If you’re interested, feel free to follow him on Instagram, Twitter, and / or TikTok as @localcomicsean for his personal jokes, thoughts, and feelings on the comic!