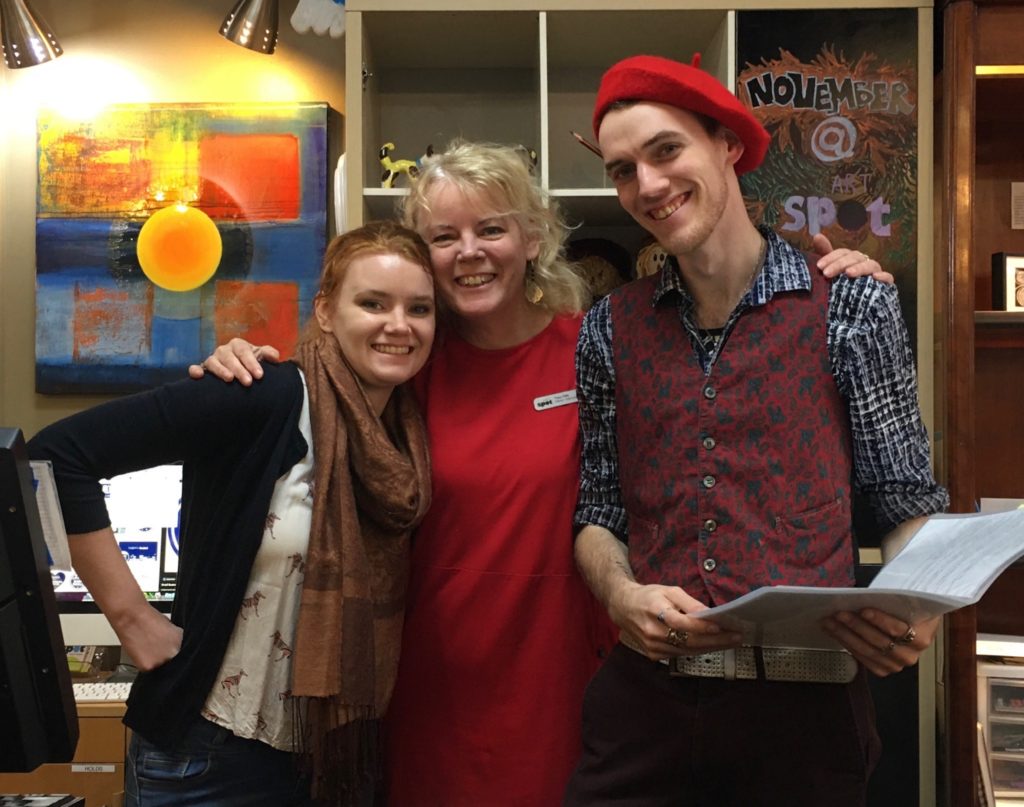 It’s been 10 years since the art supply store ARTspot opened on Main Street in Edmonds. The goal, according to owner Tracy Felix, was to support local artists and encourage anyone who wanted to get into the art. The vision for this independent family business came to fruition, Felix said, thanks to the hard work of three generations who put their hearts into ARTspot.

“My mother, Melda Felix, was often at the store when we opened,” Felix recalls. “I have many fond memories of her chatting with customers and labeling goods. The stickers had to be on the front, straight and not obscure the package information. We always try to maintain her standards.

Just as Felix inherited his mother’s love of retail, his own children – Bryn Alberto and Mason Fraker – learned the ropes at ARTspot. In fact, they’ve been running the store for a year, giving Felix the freedom to set up a studio two blocks from the new Graphite building.

Now is the perfect time to transition the store to the next generation, she added.

“My kids have been fantastic, using their unique skills to hone in on how ARTspot can grow,” she said. “The store has thrived under their leadership over the past year.”

Mason Fraker, who participated in ARTspot in high school and college, will take over as owner of ARTspot.

Mason, who graduated from Western Washington University in 2016, has continued to gain knowledge in the family business, and Felix said Mason is determined to continue developing the family’s vision and innovating for the future.

“The creative process is trying to understand ourselves and others,” Mason explained. “Continuing to provide a human connection to those who explore their creativity on all levels is exactly what I want to do over the next ten plus years.”

“Every small business is an asset to its community. As the new owner, I look forward to helping build and serve an ever larger and more diverse community,” said Mason, who recently curated the first juried exhibition at Graphite which focuses on the equity in the arts.

Close relations link ARTspot to other businesses in the city. “I had been teaching at Cole Art Studio for several years when Denise Cole and I started talking about how cool it would be to start an art shop, and we did,” Felix said. ARTspot’s first day of activity was the 2012 Edmonds Art Festival weekend. The first sale was for a gift certificate purchased as a prize at the arts festival.

Although Felix became the sole owner a few years ago, Denise Cole still sends students out to buy supplies. “We always called each other sister stores, because we were so supportive of each other,” Cole recalls.

Another mission of ARTspot is to help its employees achieve their own artistic aspirations, many of whom have pursued careers in fine art, teaching, book publishing, interior design and others. creative activities.

Felix’s daughter, Bryn Alberto, who has been integral in leading the store through the challenges of the pandemic, credited the many people who have helped grow ARTspot into what it is today. ARTspot will celebrate from 5-8 p.m. on the June 16 Edmonds Art Walk by showcasing Alberto’s detailed underwater paintings and a demonstration of how she creates them.

To mark the 10th anniversary, ARTspot is inviting customers to drop by Saturday, June 18 for cake and coffee and an extra discount on everything in the store. ARTspot is located at 408 Main St. in Edmonds.