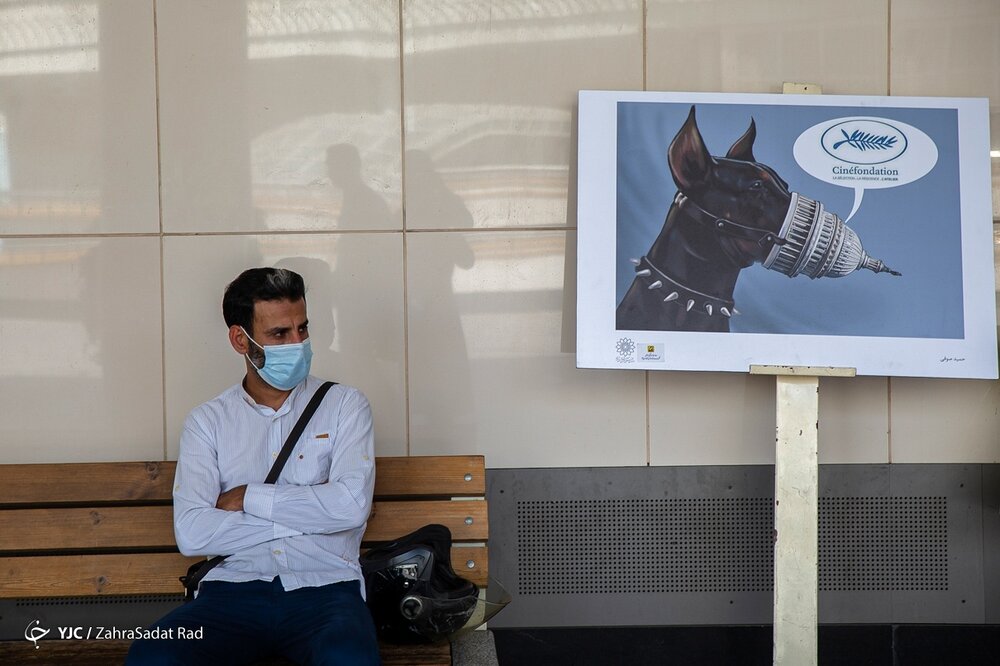 Iran found the film insulting to Imam Reza (AS), the eighth Imam of the Shiites.

One of the exhibits was opened on Monday at Vali-e Asr station of the Tehran Metro, where the statement from Iran’s Comics House was read.

“Western artistic and cultural festivals are not compatible with divine values,” the statement said, adding that the designers of the house gathered at the exhibition to express their opposition to the action of the Cannes organizers.

Copies of cartoons from “Close-up Cannes” are displayed in an open-air exhibition from Vali-e Asr Square to Hejab Street on Keshavarz Boulevard. Another exhibition is also in progress at the gallery of the Mellat Cineplex.

All showcases will run until June 16th.

‘Holy Spider’ directed by Denmark-based Iranian filmmaker Ali Abbasi is based on a true story of a serial killer targeting sex workers in Mashhad, home to the Imam Reza (AS) shrine.

The co-production between Denmark, Germany, Sweden and France premiered at Cannes this year, which awarded French-based Iranian film star Zar Amir Ebrahimi as Best Actress for her portrayal of the film. a journalist tracking down the serial killer.

Following the award ceremony in Cannes, the Ministry of Culture and Islamic Guidance threatened that those in Iran involved in the “Holy Spider” project would be punished for their collaboration.

Additionally, Iran’s Cinema Organization denounced Cannes for awarding the film’s star and called the festival’s decision to acclaim the film an “insulting and politically motivated decision”.

In its press release, the organization also indicated that the Cannes Film Festival is an event organized under the control and authority of the French government, and asked France and the organizers “to remove this black mark from the professional reputation of the festival”.

Photo: A person is seen sitting after exiting a Tehran metro car next to a cartoon featured in the ‘Close-up Cannes’ exhibition at Vali-e Asr metro station on June 6, 2022. (YJC /Zahra-Sadat Rad)