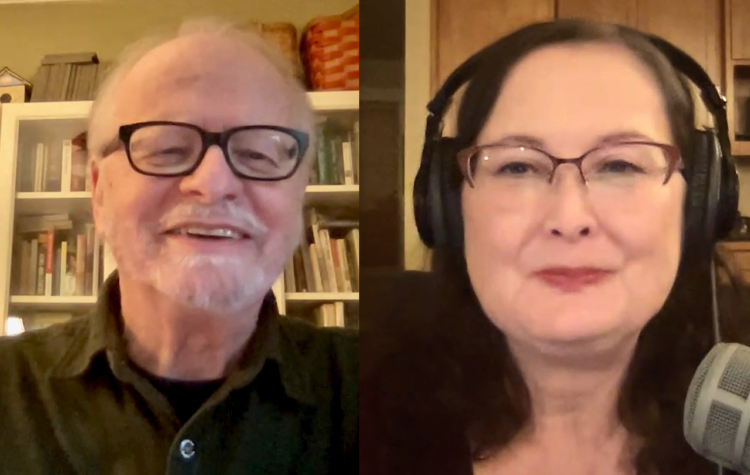 It’s safe to say that 2021 was a better year than 2020. With the vaccine, life this year has become a little less scary. People started to come together, first in small groups, then with larger audiences for theaters and public events. Schools have reopened, offering both in-person and online attendance. We’ve learned to live a hybrid existence of meetings and virtual viewings, and for those with boosters, the actual presence of the audience at movies, shows, or parties.

Twenty-one also marked the year that Stage and Studio found a new home at ArtsWatch, and the year has passed quickly with a mix of artist profiles featuring BIPOC women who are not usually not featured, like costume designer Wanda Walden, visual artist Roberta Wong, and Indigenous artist Lillian Pitt, or arts patron Ronni Lacroute, as well as the most recent audio tour of the Beyond Van Gogh exhibit.

Stage & Studio Host and Producer Dmae Lo Roberts joins ArtsWatch Editor-in-Chief Bob Hicks for an in-depth conversation about 2021 highlights and the trends they see happening in the art landscape for 2022 They also remember the losses the artistic community has endured and the resilience demonstrated by artists and organizations in Oregon and beyond.

We’ll also hear from arts editor Brett Campbell and art contributors Amy Leona Havin and Steph Littlebird talk about their top picks of 2021, a year in which the arts community has taken inspiration from the world around them and shows real creativity in its expression despite the challenges. of COVID-19.

Subscribe and listen to Stage & Studio on: Apple, Google, Spotify, Android and Sticher.

Listen to past shows on Stage & Studio Site. Musical theme by Clark Salisbury.

Highlights from the podcast includeâ€¦

Analyzes of art’s response to the pandemic:

Roberts: â€œI think back toâ€¦ MoliÃ¨re, for example, and all his comedies came out of the plague. I even think back to Shakespeare’s time and the Great Fire (of London), and the art continued and the live performances continued, and it was a way of responding to the horrific circumstances of the world around them. â€¦ Personally, I feel changed by this experience, especially in the way I want to live and work.

Hicks: â€œStreaming something isn’t the same as being in a live space, experiencing something, but it also challenged creators to find new ways to create. And some (the experiences) were very, very good. And I think it’s possible that we see, for example, in the theater world, maybe the aspects of the movie (and) the video that people have learned will be part of new shows as we go along. .

Roberts: â€œArts funders have, perhaps because of the clawback money, and also because of great compassion, have been more responsive to what arts groups, organizations and individual artists need to to create now and to the changes that must take place in order for them to create and for organizations to survive. So in many ways there was a great compassion that I would like to see continue. “

How ArtsWatch differs from mainstream journalism and is good at getting an insider’s perspective on the arts:

Hicks: Many of our contributors are themselves artists of one form or another. So you don’t have that â€œhere are the artists and here are the criticsâ€ dichotomy setup that is so common in newspapers and magazines. I think it’s really good that the people who do the work also write about the work. Not necessarily their own work, and not necessarily in a critical capacity, but to be able to get artists to write about other artists.

Overall, despite the pandemic, art has survived in Oregon in many ways and shows the true power of the arts in overcoming the worst of situations.

The book, film and art that made headlines in China in 2021