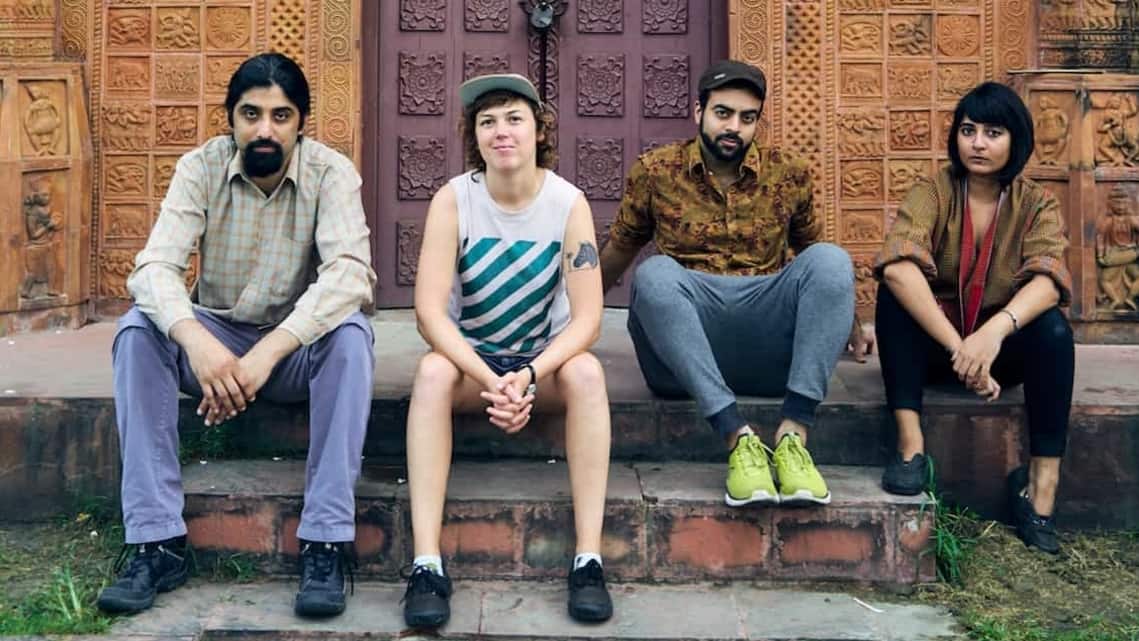 In ‘Hotel Kali’, a cocktail of Krautrock and Western classic

Out of seven songs, the 46-minute album has an improvisational quality, given the Kali Hotel’s origin as a one-off concert with no plans for an official release. The album is therefore experimental, sprinkled with bits of melodic pop.

Their musicality is best illustrated by the track Viola rave, which consists of a dialogue between the viola of Stroetges and the double bass of Mahalanobis on rhythms of Desai and Sengupta.

â€œAs we all come from different musical backgrounds, we would step aside and give ourselves a space to let them follow their path of thought and feed their ideas,â€ explains Mahalanobis. Like a live band where everyone can show their solos, “some songs have more of one instrument than another,” he adds. Hotel Kali was released digitally and on vinyl by Berlin-based company Antime on June 4.

The album opens on Introduction and ends with Calm-Thunderstorm. Both feature Mahalanobis tilting the double bass instead of plucking the strings. Introduction begins as the whimper of a whale emerging from the oceans before moving through a Krautrock space, while the latter is a meditative experience that slowly becomes hard.

Say when and Disco Shobar are reminiscent of the late kitsch rock band from Sengupta, Ganesh Talkies. Fake horse, a cover of a song by Stroetges, is the closest thing to electronic rock on the album. Buntes Schwarz presents a voluptuous crescendo combining the sounds of all members, stacked on Desai’s polyphonic synths.

The album avoids the overproduction expected of an electronic album, or the â€œactivism of pop musicâ€ that demands sound clarity, says Desai. â€œA lot of bands sound different on record than they do live because you can do so much in the studio that you sound different from yourself,â€ he explains. “Here we have tried to keep our live aspect, by keeping our mistakes, because we don’t see them as mistakes, but as personality.”

Hotel Kali was born out of an artistic residency organized by Border Movement, an intercultural program of the Goethe-Institut that promotes collaboration and engagement between the German and South Asian electronic music scenes.

When Stroetges moved from Berlin to Calcutta in 2018 as part of a two-month residency that required her to do a live “presentation”, she set out to find collaborators. She found Desai, who took Dasgupta and Mahalanobis on board.

The name Hotel Kali was coined as a joke by Stroetges, who was amused when Desai told him that most concerts in Kolkata use the Eagles. California Hotel for the soundcheck.

All four are established independent musicians in their own right. Desai performs as 5Volts and is part of other projects including Strings and Circuits with Mahalanobis. In addition to being a solo artist, Mahalanobis is also a session musician for film soundtracks.

Sengupta stars as Plastic Parvati, his debut album winning the 2019 Toto Music Award in Bengaluru. Stroetges plays the role of the Golden DiskÃ³ Ship and is part of other bands as well. Sengupta had already met Stroetges in Berlin, where she had visited as part of another program supported by the Goethe-Institut.

It took a while for everyone to figure out their roles in a four person setup. Desai chose to be the â€œdrummerâ€ with his drum machine, for example.

â€œWe had no preconceived idea of â€‹â€‹where the group would go,â€ says Sengupta. “For the first couple of hours, we just made some noise, while everyone was playing everything, until slowly Theresa was playing something on the guitar, and I was singing or doing something on Ableton.”

Because they needed a setlist for the gig, the band wrote a few songs, with an intro and an outro, which also ended the album. In keeping with the quintessentially European Border Movement tradition of holding electronic music events in industrial spaces and old buildings, the Kali Hotel’s first and only concert took place in a warehouse, a few kilometers from Alipore in Kolkata.

He received a positive response. The enthusiasm of the public during their closing song, Viola rave, prompted the group to play it twice in a row, without stopping in between. This encouraged them to consider making an album. After the concert, Stroetges left, returning to Calcutta in 2019 for an intense recording session in the studio, where they wrote other songs.

The lack of a verse-chorus structure gives the songs a fluid nature and ample room for improvisation in live performances, the group says.

â€œAlthough we played to the beat, we didn’t use a metronome or click track,â€ says Sengupta. “The great thing about being part of a band is that by playing these songs live, you can connect, expand different parts and play accordingly.”

Desai adds, â€œIt’s good if the listener thinks the album is looping because that’s the idea. We’ll sound even better live.

The multicultural experience of the Kali Hotel was â€œbeautiful,â€ says Stroetges. Noting that â€œresidences are crucial for artists to connect,â€ Sengupta says, â€œAs clichÃ© as it sounds, music transcends nationalityâ€. Thought inspired Disco Shobar, which means “Disco is for Everyone”, which presents his voice in Bengali.

The release of the album boosted morale for the four musicians, who had missed out on concerts and performance opportunities during the pandemic. â€œWhat kept us going is knowing that everyone has lost something during this time and that we are not alone,â€ Desai said.

While Desai released some of the Indian ambient music under his new label Social Isolation, Mahalanobis took care of the session work. Stroetges is eagerly awaiting the concerts as Berlin has started to ease lockdown rules. It will be some time before the Kali Hotel reopens.

Devarsi Ghosh is a Kolkata-based journalist who writes on film, music and culture.