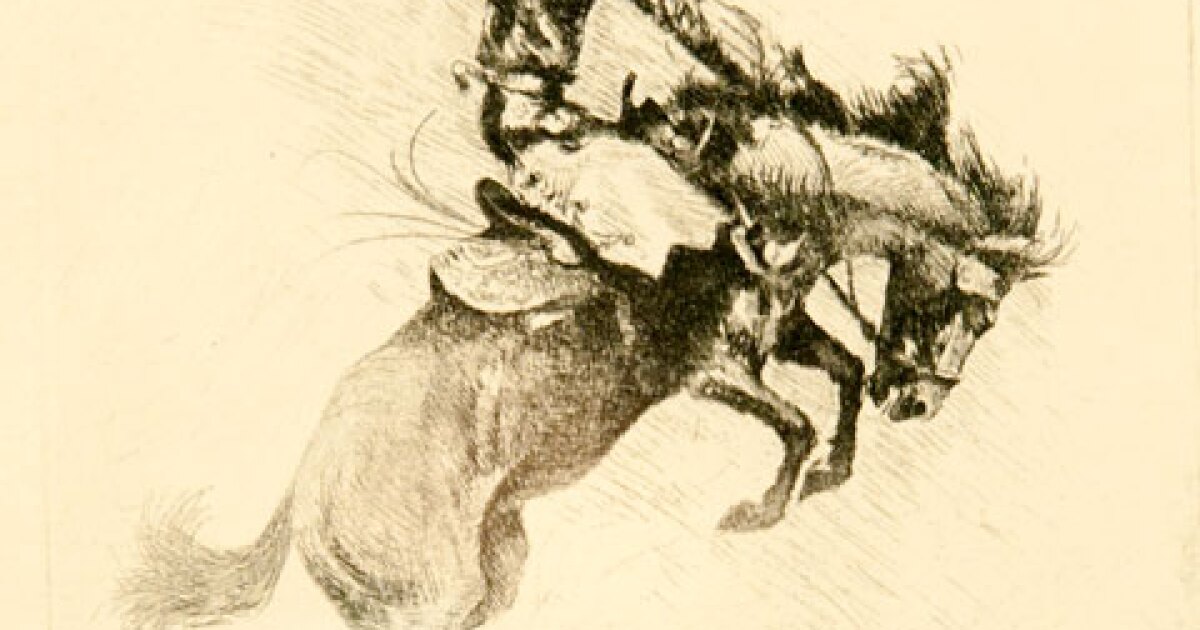 He is mostly overlooked today, but one of the greatest Western American artists was from Santa Barbara.

He is considered one of the most prominent Western artists in the United States.

And, he lived and worked in Santa Barbara for most of his life. But, it is now mostly forgotten outside the artistic community.

â€œEdward Borein was one of the best Western artists of his generation,â€ said B. Byron Price.

Price is one of the foremost art specialists in the American West. He is the author of the new book “Edward Borein: Etched By The West”.

â€œHe has become a well-known famous artist from coast to coast,â€ Price said.

Price says Borein worked in different mediums, but was best known for his watercolors and prints on Native Americans, the California missions, and cowboy life.

Price says the artist was familiar with his subject. He says Borein lived Western life, working on ranches as a vaquero for several years.

â€œHe has previously exhibited his work at the Penguin Gallery in New York with Pablo Picasso and Diego Rivera,â€ said Price. “He was hanging out with pretty good company.”

Part of Borein’s work is presented in an exhibition entitled “Borein and his circle of friends” presented at the Historical Museum of Santa Barbara. More than two dozen of his watercolors are on display. There are also works by 20 of his friends in a related exhibition.

Borein’s biographer will speak about the life and art of the Western artist during a lecture and book signing at the museum at 5:30 p.m. Wednesday evening.