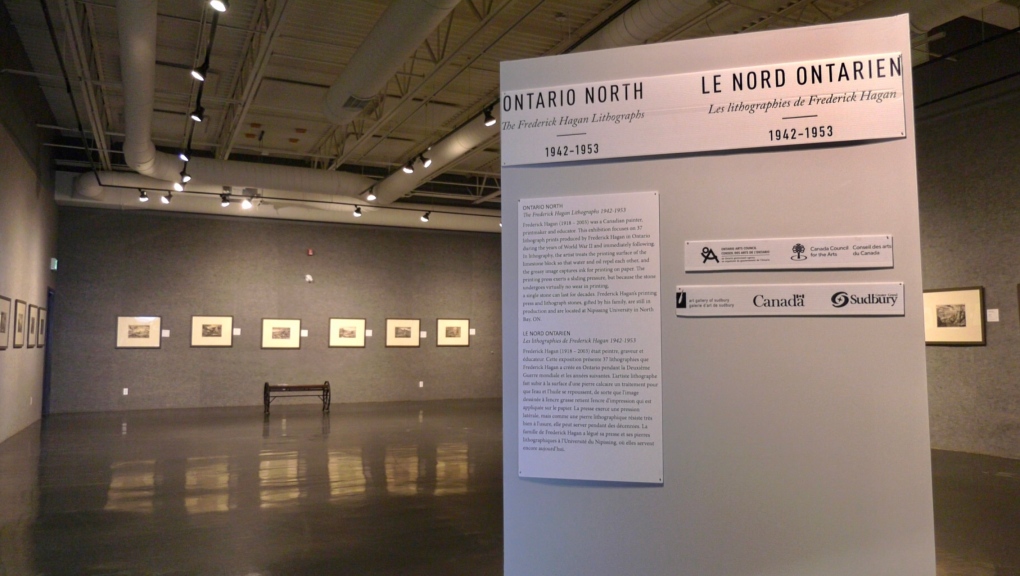 As war rages in Ukraine, images of life in Ontario during the Second World War are on display at the Timmins Museum: National Exhibition Centre.

Curator Karen Bachmann describes them as “very moody; they have some really interesting views on pieces from Northern Ontario”.

Bachmann said she had been waiting for some time to be able to show lithographs created by the late Frederick Hagan.

“He also came to Timmins and worked at the Hollinger mine and went underground with a lot of miners and was inspired for some of his work as well,” she said.

“He started working on lithography in the middle of World War II,” said Demetra Christakos, curator of the Art Gallery of Sudbury. “He had been discharged from military service several times and was really working on his term of service in agriculture from 1942 until the end of the war.”

The exhibition focuses on thirty-seven lithographs by Hagen and they are arranged chronologically in the Gray Gallery of the Timmins Museum from 1942 to 1953, allowing the viewer to appreciate Hagan’s growth as an artist, especially when he began adding color to his work in the late 1940s.

“The surface of the stone is chemically treated so that some parts repel oil and others repel water. The place where you drew will accept the ink. And, so, when you print on it, the image is reversed but it looks like it can look like a painting.

Many prints in the exhibition depict landscapes and the outdoors.

“Everything from Manitoulin Island to the Algonquin Highlands to Sudbury and the North Bay areas,” Bachmann said. “He was of course influenced by the Group of Seven after meeting Carmichael and these guys who did a lot of work in that area; it really made him fall in love with the area; and we see that through the work.”

There is no admission charge to view the exhibit and it will be at the Timmins Museum until March 27th.