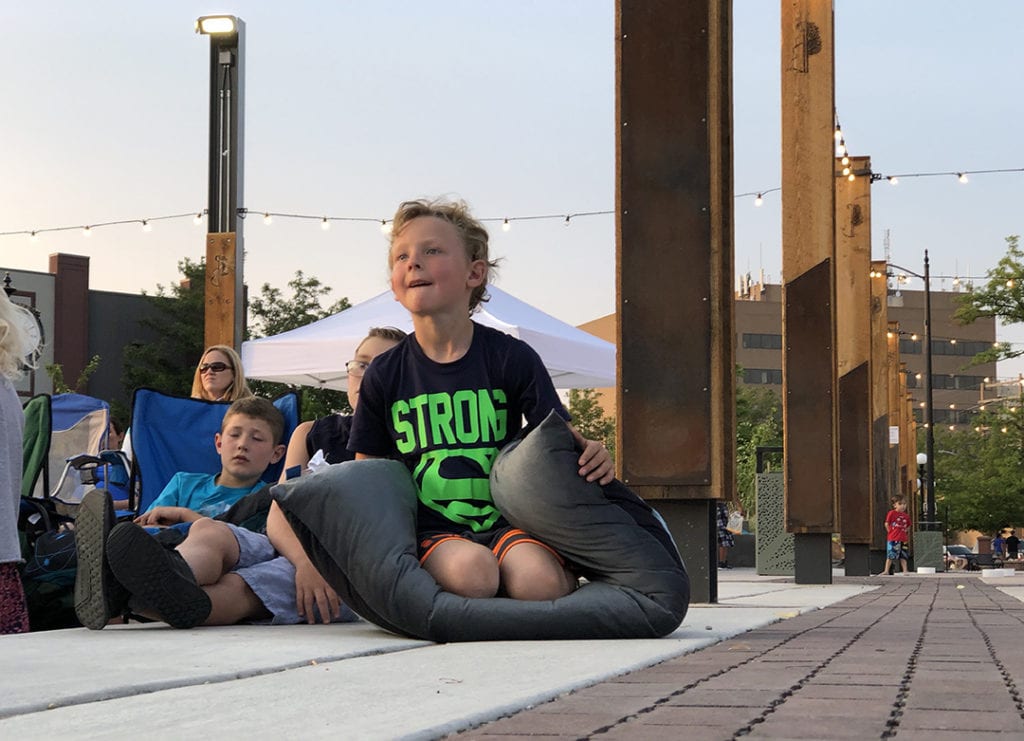 CASPER, Wyo.– Summer vacation is winding down as students in the Natrona County School District are scheduled to begin the fall semester on Tuesday, Sept. 6.

Before the summer is over, however, David Street Station will host several events, starting with live music by Sarah Carper during the Summer Market from 5-8 p.m. on Tuesday, August 23. Mountain Hops Brewhouse will be offering beer with products from a range of vendors available during the summer market. Tuesday will mark the last summer market of the season.

The “Cinema at the Station” summer series will conclude with a screening of “Finding Nemo” beginning at 7 p.m. on Friday, August 26.

David Street Station will then host a ‘Back to School Carnival’ from 5-8pm on Wednesday August 31. The carnival will feature an inflatable skee ball, an inflatable Carnival Midway booth, face paints, lawn games and crafts.

There will also be snow cones available at Northern Ice, food at Papa’s Pork Chop, and popcorn and cotton candy from the Rialto Soda Fountain.

David Street Station’s event lineup will then continue with “Fiesta WYO” from 4-9 p.m. on Saturday, September 3. In partnership with ARTCORE, the Fiesta WYO event will feature performances by the dance group “Las Angelitas Unidas y Los Rayos del Sol” and a musical performance by “Jarabe Mexicano”.

“This band has a ‘Bordeño-Soul’ and performs a range of Mexican Folk, Rock & Roll, Norteño/Tex-Mex to popular Latin Rock, Trío Romántico and Cumbia,” states the event announcement from David Street Station. . “Their traditional Mariachi string instruments and Norteño-inspired drums complement dramatic vocals in English, Spanish and Spanglish, and show how this multi-generational ensemble embraces change without forgetting the past.”

There will also be food, crafts, vendors and a jalapeño eating contest during the Fiesta WYO event.

What are Christmas loans? – Forbes Advisor