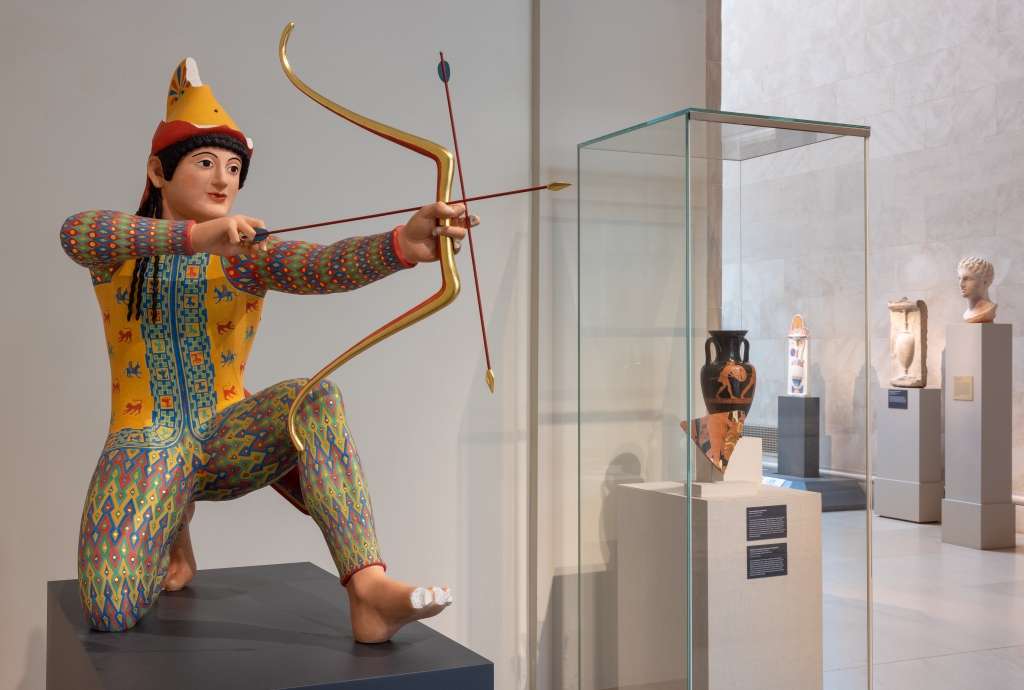 As the Greek playwright Euripides recounts, Princess Helena blamed herself for the tragedy of the Trojan War. If only she hadn’t been such a desirable prize for Paris, she thinks. “If only I could get rid of my good looks and look uglier,” she says in The Trojans, “As you wipe the color from a statue!”

It’s a famous line from a famous piece. So why is color excluded from the popular imagination of ancient Greece and Rome?

The myth of the two civilizations as paragons of whiteness is rooted in assumptions about race and Western aesthetics. The Romans and Greeks were born around the Mediterranean and North Africa and although they recognized distinctions in skin tone, they did not categorize their world as modern Western society. Rather, the color worn poetic associations of health, intelligence and integrity. (Take this very dissected verse from The Odyssey, in which the goddess Athena beautifies Odysseus: “He has turned black again and the hairs have turned blue around his chin.”) painted with glowing skin tones, hair colors and outfits.

This is not news. There is significant evidence of ancient polychromy – of “many colors”, in Greek – in marble, bronze and terracotta figures. The Roman scholar Pliny the Elder documented this in his Natural History; pottery and contemporary paintings corroborate this. Museum curators and art restorers simply cleaned the traces of paint from the sculptures in deference to the pure form.

Modern technology has, however, made it possible to identify and recreate a thousand-year-old polychromy. The product isn’t perfect, but it’s extremely surprising in person, and that’s a compliment.

See for yourself at the new Metropolitan Museum of Art exhibition “Chroma: ancient color sculpture,for which 17 painted recreations of ancient sculptures have been installed in the museum’s Greek and Roman galleries.