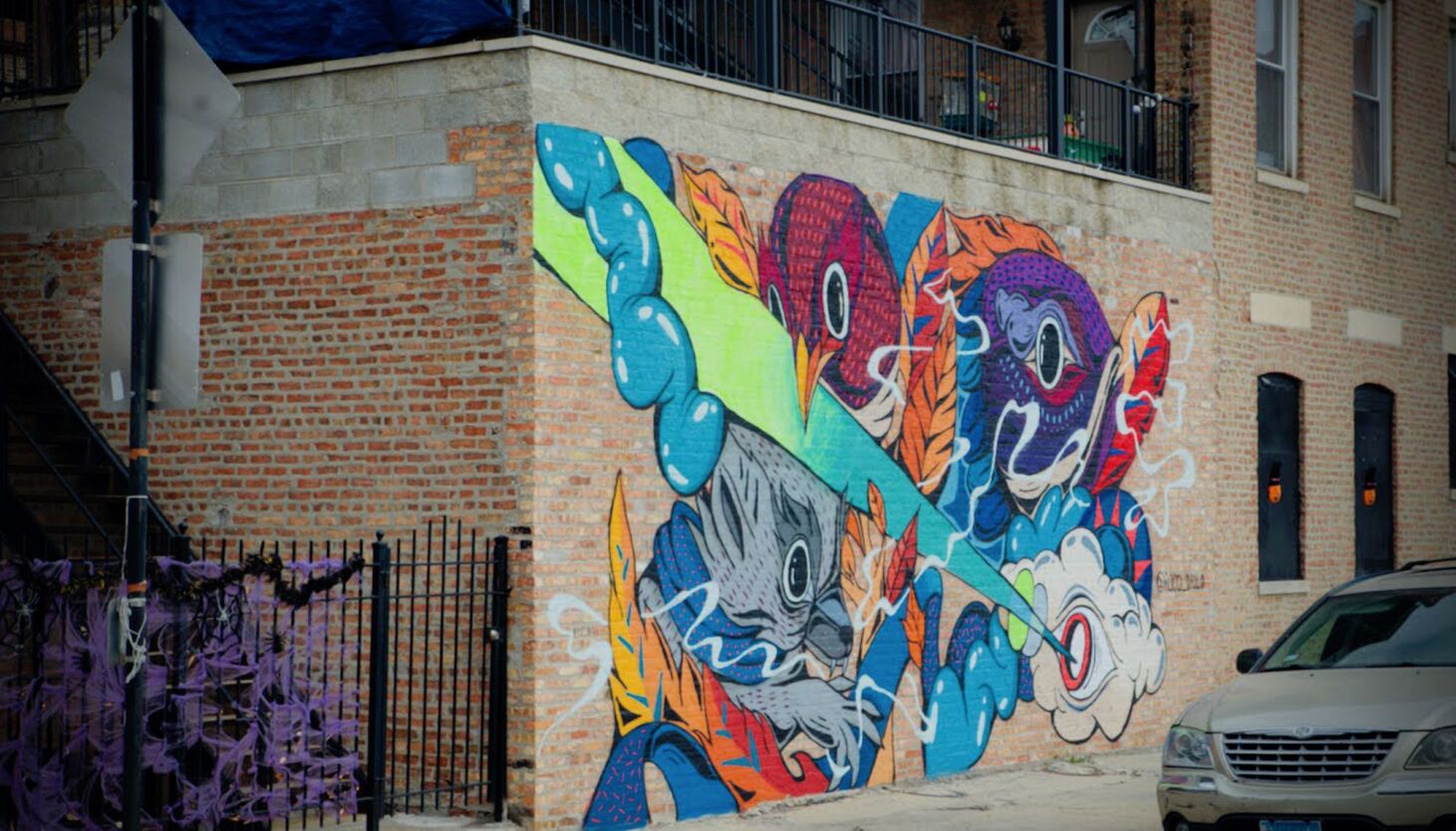 Chicago Murals: Artist Rodrigo Oñate aka Rocodrilo: The Pilsen Mural is all about “paying attention to nature”

The pictures on the wall are somehow jumbled together, with what looks like an eyeball in a puffy cloud from which emerges a flash of greenish light that seems to radiate amid a group of birds and wandering feathers.

It may sound abstract, but Rodrigo Oñate, the artist who created the 2020 mural, says its message is simple.

“The mural is about paying attention to nature,” says Oñate, who lives in Mexico and paints under the name Rocodrilo. “And keeping an eye out for species, caring for our natural environment.”

Teresa Magaña, executive director of the nonprofit Pilsen Arts and Community House, which organized the project, sees the painting’s message to 21st Street and Ashland Avenue a little differently.

“I have a solution: keep us together,” Magaña says.

Not just in the sense that the neighborhood opposes gentrification in Pilsen, which has been heavily Mexican American and working-class, but “keeps us cohesive,” she says.

“These animals and creatures merge at some point,” Magaña says. “There is a harmony.”

Oñate, 36, was born in Mexico, “but I have lived a large part of my life in the United States in different cities, such as Minneapolis, Chicago and San Antonio. My grandparent on my father’s side was born and raised in Pilsen by his immigrant parents from Spain. This is the main reason why I have a close relationship with the city of Chicago. A lot of my family lives there and loves being part of Chicago’s beautiful art scene.”

“I know I live in Querétaro,” he says, “but I like going back to Chicago for a few seasons.”

Oñate says he met Magaña seven or eight years ago, “when they first opened the gallery”. He says he showed up there and “showed my work, and we started working together.”

Magaña says: “He came to the gallery and had his portfolio. We said, ‘Show us your work.’ It was beautiful. At the time, it was drawings. We were blown away.

“We work with emerging talent and give them a chance,” says Magaña.

Magaña’s gallery found the wall for the mural and arranged with the owner.

Oñate, who painted the mural while visiting Chicago for another exhibition at the gallery, also painted several other murals around the city, including one at Superior Street and Western Avenue.