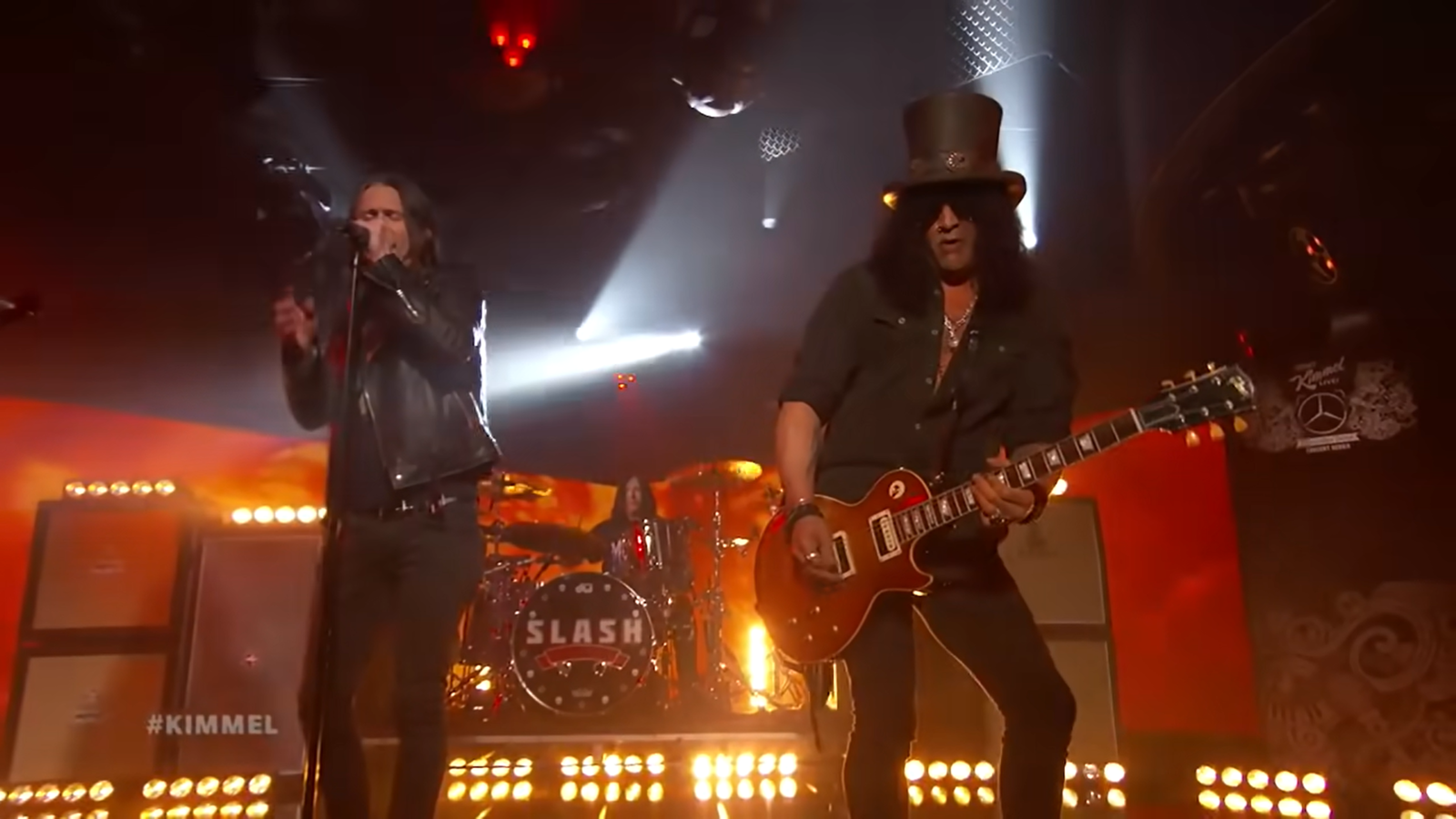 Next week, Slash will finally unveil his new album with his band Slash Ft. Myles Kennedy and the Conspirators. Short title 4 – the Guns N’ Roses guitarist’s fifth solo album and fourth with this lineup – is out Feb. 11 and we’ve already heard two peppy singles, the upbeat “The River is Rising” and the jagged “Call Off the Dogs.” “Last night (February 2), the top hat ax man and his bandmates appeared on Jimmy Kimmel Live! to blaze through “The River is Rising,” then Slash sat down for an interview that touched on everything from his naughty teenage antics to the new record. Watch the performance above and the conversation below.

4 will be the first release from the new label Gibson Records (in partnership with BMG), and we have two vinyl pre-orders available in our store. One is just the classic black wax disc, while the other is a loaded box set that includes vinyl, CD, cassette of bonus recordings, photobook, patch, pick, 12″ lithograph and an exclusive Ax Heaven mini-guitar.

Recently, we caught up with Slash for an episode of our “Fan First” podcast, where he talked about his musical heroes, his perfect rock albums, the unique qualities of Axl Rose, and much more. Look below.

It’s gold, baby. But Niclas Castello’s cube is nothing new in art.