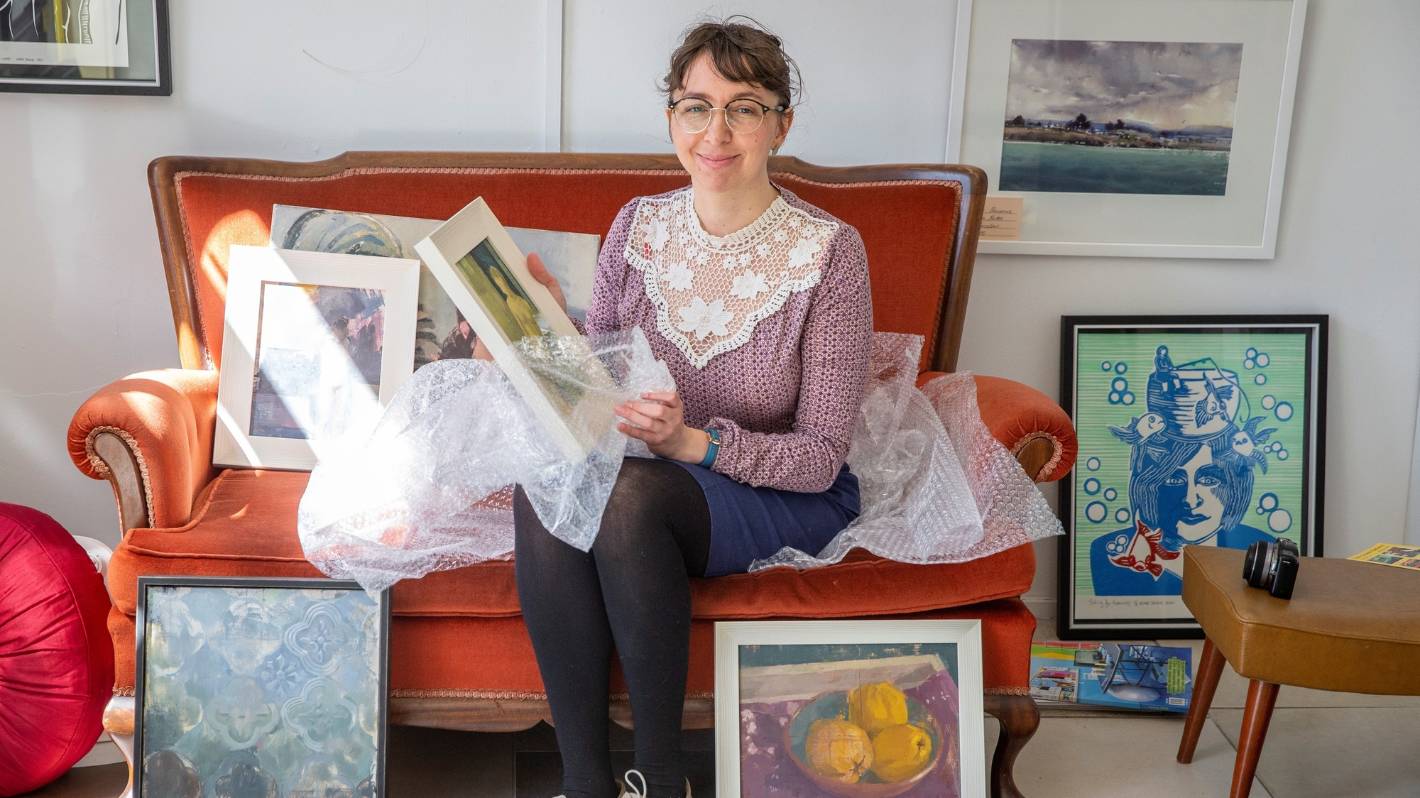 Peel Forest artist Esther Deans has five works on display at the York St Gallery of Fine Art in Timaru.

Granddaughter of the famous Canterbury artist, the late Austen Deans, she sometimes traveled with him while he painted the landscapes he saw before him.

“He wasn’t particularly patient, but he let me follow and I learned a lot from him,” she said.

To ease the pressure of being Austen Deans’ granddaughter, Esther Deans, of Peel Forest, said she avoids landscapes.

His work will be on display at the York Street Gallery of Fine Art in Timaru from Friday.

“I do oil paintings of people, interiors of places and still lifes. [The exhibition images] are special to me, ”said Esther Deans.

Inspired by literature and what she can see, the artist describes her work as figurative.

After leaving high school, Esther Deans studied a Bachelor of Arts in English Literature at Victoria University of Wellington, then taught English at high schools in the North Island and South Korea for eight years. .

“Then I realized I was just a painter 10 years ago,” she said.

In 2018, she obtained an MA from Auckland University of Technology and is currently studying for a PhD at the institute.

She and her partner, artist David O Jones, moved to Peel Forest, Auckland, in 2020.

She has a weakness for the York Street Gallery since she had her first solo exhibition there in 2013.

His grandfather Austen Deans, who died in 2011, is known as a war artist and for his landscapes considered to be accomplished by art critics.

Born in Christchurch’s Riccarton House, he was raised on a farm in Sheffield, at the end of the Homebush family home.

He attended Medbury School and Christ’s College and received a Fine Arts degree from the University of Canterbury.

In 1939, he volunteered for military service. He was in Crete with the 20th Battalion in Egypt when he was commissioned as a war artist.

Two days later, he was wounded in the Battle of Crete and taken prisoner by the Germans. He remained in POW camps for the remainder of the war.

He was awarded an OBE (Order of the British Empire) for his services to the arts in 1995 and twice won the Kelleher Art Award.

York Street Gallery owner Debbie Templeton-Page said it was “beautiful” to have the works of Esther Deans because she had a long association with Austen Deans.

Esther Deans paintings will be on display at the gallery until the end of January 2022.