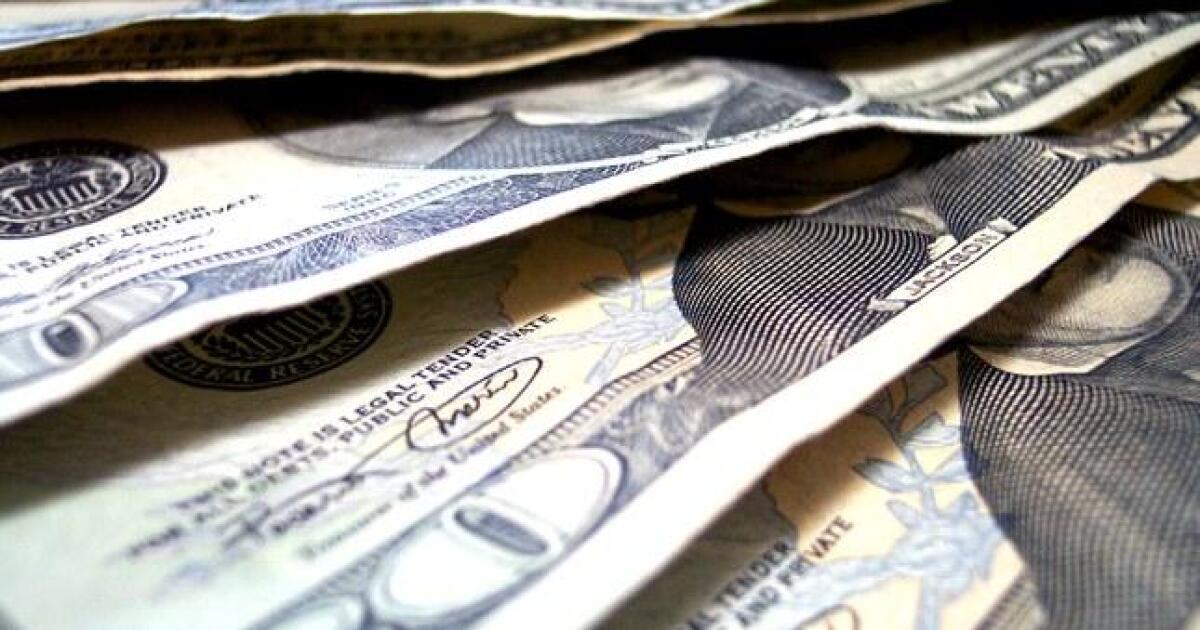 As members of Congress push to allow payday lenders access to federal loans, data shows their business in Kentucky plummeted when the pandemic struck.

The industry processed about 20% fewer loans in March than in March, according to a monthly report provided to the Kentucky Department of Financial Institutions by loan processing company Veritec Solutions. This represents a decrease in short-term loans of $ 8.3 million, generally at high interest rates.

More than 282,000 Kentuckians filed for unemployment insurance in March.

Payday loan or deferred deposit products offer small loans to borrowers, typically those with poor credit or who do not have access to a traditional bank account. Data shows that the average payday loan over the past year in Kentucky was $ 348. Borrowers are usually required to repay the borrowed amount, plus interest and loan fees, within two weeks.

Industry critics say loans are designed to trap borrowers in a cycle of debt, and Consumer Financial Protection Bureau research shows over 75% of payday loan fees come from people who borrow more than 10 times. per year.

No decline in activity was mentioned in the letter; Kentucky Representative Andy Barr, a Republican from Lexington, was among those who signed it.

If accepted, lawmakers’ demand would allow payday lenders with annual interest rates of up to 469% to tap into forgivable loans at a 1% interest rate.

Ben Carter of the Kentucky Equal Justice Center says it’s too early to tell why the volume of loans has declined in Kentucky.

Extended unemployment benefits can reach more people and help new unemployed to cover their living costs; Stopping evictions in Kentucky may mean people are less desperate for immediate money, even after a job loss.

The real impact of the coronavirus and subsequent policy changes will only be clear in months, Carter said, and people could still turn to these products as the crisis continues.

“The reality is that payday loans are incredibly expensive,” Carter said.

Payday loans already on the decline

Interest rates are capped at 36% or less in 16 states and the District of Columbia. But Kentucky lenders are not subject to a rate cap, although borrowers can only have two loans outstanding from one lender at a time.

According to Whitney Barkley-Denney, senior policy adviser at the Center for Responsible Lending, a nonprofit research and policy group affiliated with the Self Help Credit Union, consumers have turned away from payday loans or deferred deposits.

Instead, borrowers are increasingly turning to installment and online lenders, some of which offer longer repayment plans with more lenient interest rates than payday lenders.

The Kentucky Department of Financial Institutions issued guidelines on March 24 for non-bank lenders to “work with clients affected by the coronavirus to meet their financial needs.” The ministry recommended that lenders restructure existing loans, extend repayment terms or waive fees.

Until now, small non-bank financial institutions have not been eligible for Paycheck Protection Program loans. This includes federally certified community development financial institutions, which offer financing options with interest rates comparable to banks to underserved communities under strict guidelines. Legislators specifically sought in their letter to include these institutions.

Payday lenders are not mentioned in the letter. But Rep. Blaine Luetkemeyer, a Republican from Missouri and one of the letter’s main authors, confirmed to POLITICO that it was intended to cover payday lenders. Luetkeymeyer is a member of the House Financial Services Committee and one of the favorite lawmakers in the payday loan industry, having received $ 164,900 from the industry during his career, according to OpenSecrets.

Payday lenders have contributed more than $ 50,000 to Barr’s congressional campaigns, according to Open Secrets. Barr’s electoral opponents in the 6th District representing central and northeastern Kentucky have previously criticized his relationship with payday lenders.

Barr’s office did not respond to a request for comment.

“Keeping the people who work for non-PPP finance providers employed during these difficult times will make it easier to restore America’s productivity as soon as the health crisis subsides,” the letter said.

The Community Financial Services Association of America, a trade group representing payday lenders active in Kentucky such as Advance America and CheckSmart Financial, says its members are critical businesses providing access to credit.

“Inclusion of these businesses in the paycheck protection program would ensure that lenders, many of whom are small businesses, are able to keep credit in circulation, serve their customers and their communities without disruption,” he said. a spokesperson for the Community Financial Services Association of America said in an email. declaration.

Barkley-Denney of the Center for Responsible Lending, however, says most payday lenders are not small businesses, and allowing them to access taxpayer funds through the Paycheck Protection Program “would be the opposite of what the PPP is supposed to do ”.

“The PPP is about building wealth in communities,” said Barkley-Denney. “Payday lenders are the opposite of that; they take wealth out of communities, they make people less financially secure. So the idea that we would want to spend taxpayers’ money supporting them is just nonsense.

But opening the program to high-interest lenders, including companies that provide predatory small business loans, would be a step in the wrong direction, Crozier says.

The lawmakers’ letter was also intended to cover companies offering factoring services or cash advances to merchants, who tap into a company’s future income to secure funds. Recent research from the Opportunity Fund, a small business nonprofit lender, found that these products carry an average annual interest rate of 94%, but can go up to 358%.