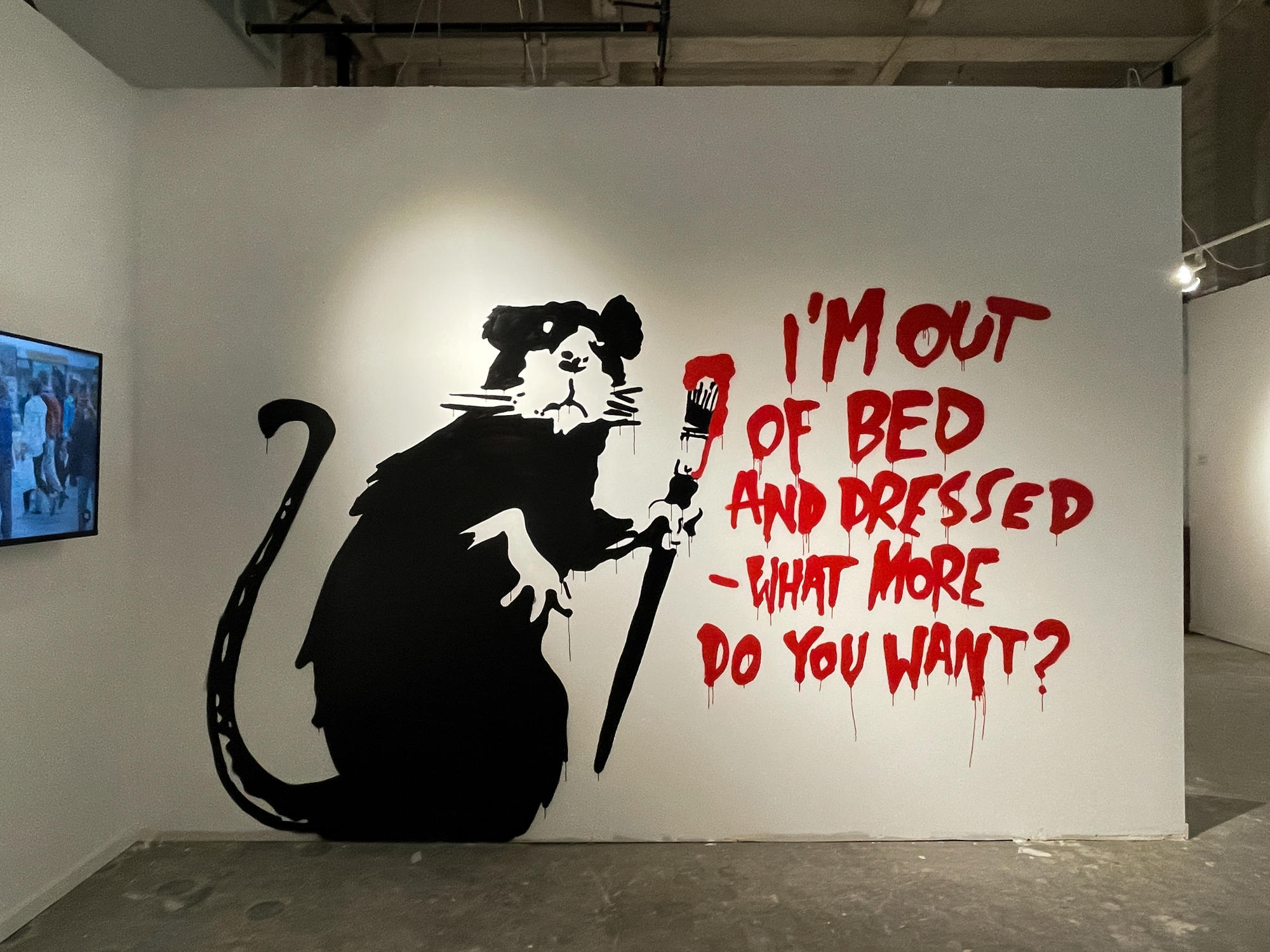 ArtSEA: Banksy’s art appears in Seattle, without his consent

Exhibit founder Kemal Gürkaynak says the aim is to democratize Banksy’s art for a wider audience by making it available to people who ‘might never see Banksy’s art in person’ , as he wrote in an emailed statement.

Democratizing art is a good thing – and theoretically in the mind of the artist himself, who has long railed against the art establishment and its institutions. But a $30 entry fee isn’t exactly democratic.. (“I don’t charge people to see my art unless there’s a fairground wheel,” Banksy said.)

Although Banksy has undoubtedly made money from his work, profit is not his goal. In fact, he often poked fun at the frenzied art market full of profiteers.

Which brings us to the obvious question: is this an elaborate parody orchestrated by the artist himself, hiding under layers of irony? (See Dismaland and also Exit through the gift shopBanksy’s famously confusing metafilm about the art world and the corruption of street art.) Did he create an exhibit full of Banksys fakes to target the endless Banksy-light exhibitions? It could be, if the show didn’t feel so lifeless.

You could argue that street art doesn’t belong indoors, peeled off a wall and excised from its context (and I agree, but it can still be important to highlight it and preserve it from this way). The problem is that in this commercialized setting, without a creative risk-taker like Banksy at the helm, an exhibit like this inevitably falls flat.

In 2005, during his Crude oils exhibition (in which he “re-imagined” famous oil paintings), Banksy released more than a hundred live rats into the gallery. For the artist, rats are a symbol of the oppressed and poor who, despite efforts to crush them, continue to persist – a revolutionary message in the artist’s typical anti-capitalist vein.

All that to say: I have a feeling that if Banksy were to have access to a former Federal Reserve outpost — the nation’s most powerful economic institution — he wouldn’t be building a gallery space. He would go out in the middle of the night and stencil artwork that would say something about inflation, growing wealth inequality, or war in Ukraine. Or maybe he’d unleash a bunch of rats.

Oh, and if you’re looking for more authentic art experiences, check out our big list of things to do in July.

I made a Henley shade – Henley Standard