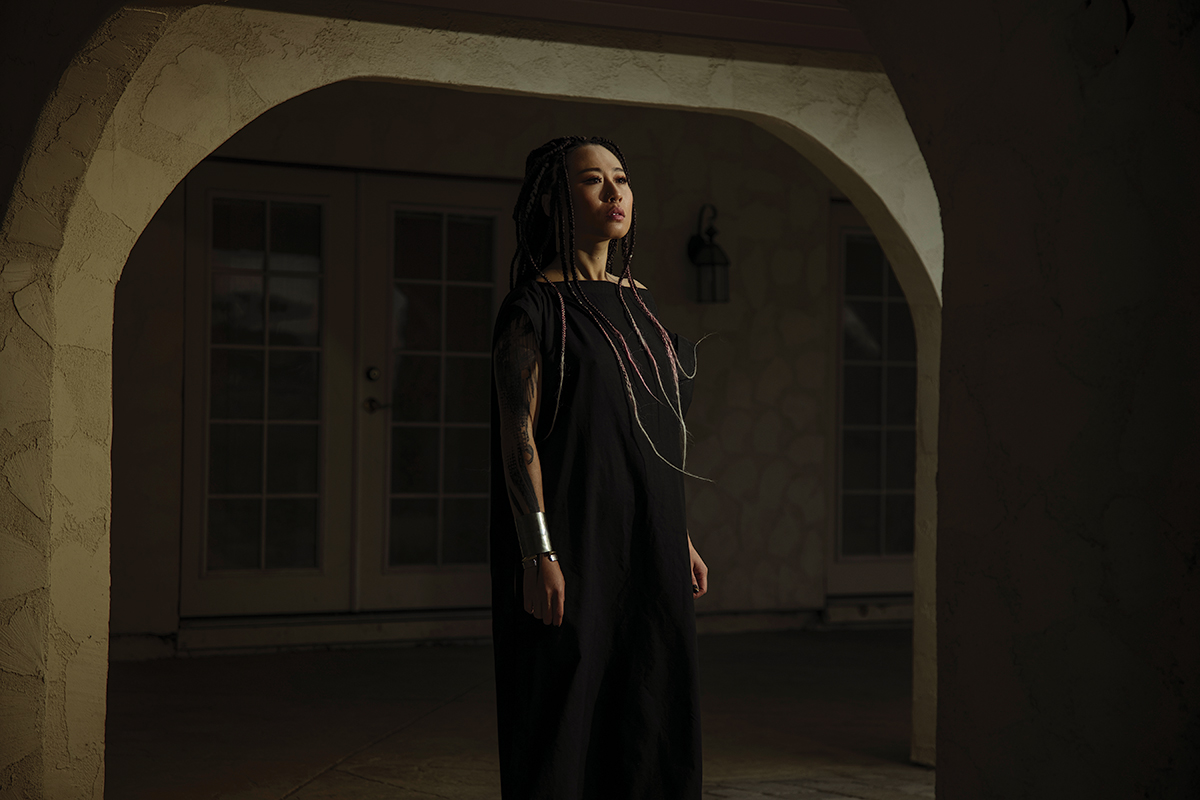 As an artist, she paints as a way to understand humanity and the complexities that haunt us all as individuals across cultures. Through dark charcoal shades and strokes of soft white, the shapes of distorted faces and human skulls slowly emerge from over 100 canvases dedicated to the visual concept behind Lin Fei Fei’s latest exhibition, “The Distance Between Black and the White”.

There is beauty in the dark to Fei, and if you look closely enough you might find yourself in one of his paintings, tapping into the fluidity between light and dark and what binds us together. all as humans: our emotions.

â€œAt first, I was just curious about what we’re made of as humans, in terms of personalities and the humanities. I just want to find out the truth, â€Fei said. â€œSkulls for so many different cultures represent death. But for scientists, skulls are studied because it is our foundation. It is a place where we can put our thoughts and our brains. This is what we are, what we are built on. I don’t necessarily use the subject as a representation of death or darkness. I hope people will recognize it as the foundation of who we are.

Born in China, Fei remembers touching her nose and studying eye shapes as a child before drawing them on paper. At only 7 years old, she knew she wanted to be a professional artist.

Fei graduated from the prestigious Luxun Academy of Fine Arts in northeast China. As a student, she traveled the world and learned centuries-old tempera painting techniques in Italy using stone powder, egg whites and tree oil. Through her studies, she developed a respect for the history of art, mixing its wild elegance with classical approaches.

â€œFor me, oil painting is a very graceful and elegant material,â€ says Fei. “Acrylics are cool, and other materials are cool too, but oil can hold the story.”

With a wanderer’s heart, Fei turned down an opportunity to teach at Luxun Academy and moved to the United States in 2015. Besides her partner at the time, Fei says she didn’t know anyone, so she started to sell art in the street before joining forces. with Blue Line Arts Gallery in Roseville and eventually branched out into the tight-knit arts community of Sacramento.

â€œI usually try to work with galleries and museums, but when I moved to America nobody knew who I was,â€ she says. â€œFor me, everything is a fun adventure. I feel very accomplished starting from nothing and becoming something. I just always want to stay humble and keep doing what I do because life teaches me to maintain who I am. I always remember where I come from.

In 2018, Fei was asked to participate in the Wide Open Walls Mural Festival, an annual event where local and traveling artists from around the world paint new murals on businesses in Sacramento. Fei was assigned to Holy Diver, an independent music hall on 21st Street in the downtown area.

In China, says Fei, graffiti and street art are not suitable for the government or the police. She was thrilled to have the opportunity to cover an entire building in its unique aesthetic. It was his first public art work in the United States.

â€œI had never done a mural in public before, so I didn’t know what to expect. Turns out people really liked it, â€Fei says. â€œI like to interact with people on the street because there are no borders. When you are in public, your work is given to everyone. I love the way people stop and talk to you, of different ages and different cultural backgrounds. Everything is a surprise.

In the mural titled â€œA Conversation,â€ two ethereal skeletons face each other against a deep obsidian background, their long bony rib cages housing the concert hall inside. According to Bret Bair, owner of Holy Diver, Fei’s vision stops people in their tracks.

â€œHoly Diver is a concert hall that primarily produces rock band performances, and the aesthetic of the mural fits perfectly with the branding and vibe we wanted to create,â€ Bair said. â€œThere is no doubt that the mural caught the attention of ordinary people and helped publicize the place. “

After she finished this mural, Fei says, people started to contact her for business pieces and other opportunities. She has since performed over 30 public plays in Sacramento and elsewhere in the country. When the pandemic hit, Fei was in the middle of his “The Distance Between Black and White” exhibit. With galleries clouding over and people staying close to home, Fei turned inward for inspiration.

She started a self-funded mural project called “Introspection,” for which she traveled from Mexico City to Denver, New York and back to Sacramento, painting murals on local businesses to give people a little hope during a dark time.

â€œMy beautiful works of art are very focused on people’s emotions, and maybe you see a bit of darkness,â€ she says. â€œDuring the pandemic, I really felt this darkness. Before, I studied experiments, I studied my friends, my family and the humanities. During this time, I personally felt this darkness strongly. I felt depressed. I think a lot of people have done it. Everyone feels a certain level of sadness.

She worked on these emotions and harnessed them to complete her most recent mural in Sacramento. “Introspection Chapter 2”, at the corner of 18th and J streets, features a pair of sweet faces and goddesses in deep thought. Fei used house paint, spray paint, and a water-soaked white towel to create dripping paint effects.

â€œThe faces take on different emotions due to the different lights and shadows. So when people look at it, it will always look different depending on the time of day, â€says Fei. â€œI feel like it’s a dark time for everyone, so I decided to bring the art to the public. I wanted people to stop, rethink, and start over.

As galleries and museums slowly open up their spaces, Fei says she hopes to continue traveling and painting outdoors, inspiring introspection in people who walk past one of her captivating murals.

â€œWe have a strong human living in our body. We just need to awaken the mind and the power to keep going, â€says Fei. â€œI hope everyone can recognize their giant, wake him up, push and be strong. I feel like we have to tell everyone, â€œDon’t feel weak. You have a giant living inside of you. Wake up, and we can figure these things out together.

Visit the Lin Fei Fei Art Space inside the Warehouse Artists Lofts, 1104 R St., Suite 120. Open Monday to Wednesday by appointment only; from Thursday to Sunday from 5 p.m. to 6 p.m. linfeifeiart.com; Instagram @linfeifeiart.

In ‘Hotel Kali’, a cocktail of Krautrock and Western classic