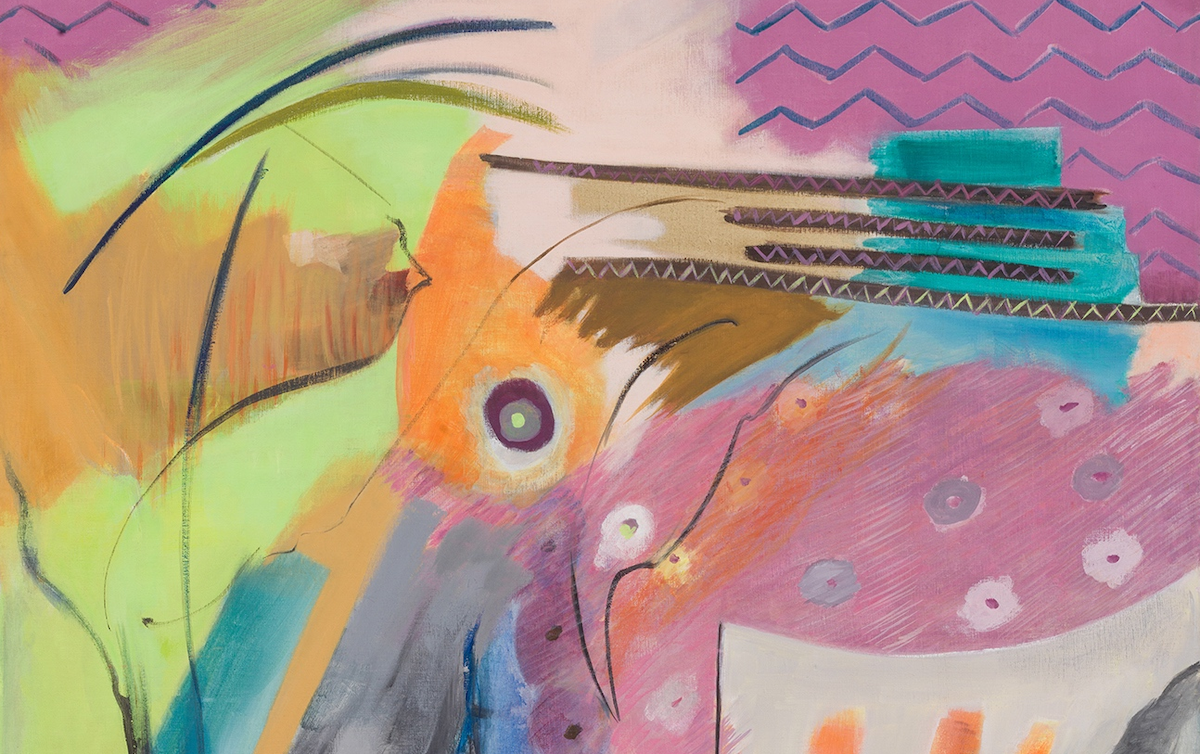 A look back at Vivian Browne’s transition to abstraction

The eight paintings and five works on paper that make up Vivian Browne: Africa Series 1971-1974Browne’s second solo exhibition at the RYAN LEE Gallery, was prompted by the artist’s first trip to West Africa in 1971. At the time of her visit, the Florida-born, New York-based figurative painter and printmaker York, then in his forties, was at the end of his first major body of work: more than 100 pathetic and grotesque paintings and drawings little men, all white. While working on this scathing light-eyed series, Browne was also toiling away from the studio, pushing for a fairer world. A founding member of the Black Emergency Cultural Coalition (BECC), Browne participated in protests against grossly exclusive exhibitions at the Whitney Museum and the Metropolitan Museum of Art in 1968 and 1969 that did not include works by black artists; in 1972, she became co-director of the BECC. She was also an integral part of Where we area collective formed in 1971 by black women artists interested in creating a support network.

A number of diaspora artists involved in the Black Arts Movement in the United States visited Africa in the 1970s, including notables such as Faith Ringgold and Howardena Pindell. For Browne, who was particularly interested in studying Nigerian and Ghanaian sculpture, the trip – an extended six-week stay at the University of Ibadan in Nigeria with additional trips to places like Benin and Ghana – was remarkably generative, spawning the Africa series, his second major body of work. Browne has cited the influence of environmental, emotional, and soundscapes on his practice, and has also produced paintings relating to time spent in China and California. However, her experience in West Africa “has been such an emotional uplift”, she told artist Emma Amos (quoted by Dr Leslie King-Hammond in the current exhibition catalog), that he pushed her to lean towards abstraction, as if figuration alone were too fragile a container for the extent of her joy.

The bodies do not disappear in these works, but rather materialize in many forms, from a trio of easily identifiable planar women in “The Bathers” (1971) (probably a nod to Paul Cézanne, whom Browne greatly admired ) to a gallimaufry featuring a mask-like face, disembodied arm, Carthusian phallus, and fragmented horse in the large “Chief’s Assistant” (c. 1973), to a plunging orange C-curve with a single eye from another world in another large-scale acrylic, “The Chief Attendant” (circa 1972). Browne had already established herself as a colorist, but in the Africa series, she introduced an even bolder palette. While the drawings and prints on display, including the greyscale gouache and ink depiction of the bathers, are relatively subdued, the paintings are tinged with fuchsia, lime, papaya and aquamarine. ; often she opted for acrylic instead of oil so that she could paint faster. Whatever the medium, the patterns flourish: the works on display are full of bands of zigzags, wavy lines, polka dots, checks and even irregular rows of what look like tiny eyes, alluding to depth and depth. range of visual stimuli Browne experienced on his travels.

Anticipating the depictions of trees that would occupy the artist in his final decade, flora and fauna abound. Vegetation encountered by Browne appears in a variety of forms: as a repeated decorative leaf pattern in “Diversities” (1973), energetic arcing lines in “Umbrella Plant” (1971), and flat green blocks in “Shango Kingdom” (1972) . In ‘Abstract Forest’ (1974), an oil painting smaller in size and darker in hue than its acrylic counterparts, an enigmatically twilight, loosely patterned, entirely brown-green darkness is dotted with vines wandering; to the left of the frame, a band of orange diamonds reads like reptilians, evoking vipers and vipers. The notions often linked to landscape painting — from adherence to manifest destiny to the imposition of an exotic vision — are absent here. Instead, this quietly inexhaustible little painting is rich ground in which to get lost.

The Painter’s Work from Ashland to Jewel